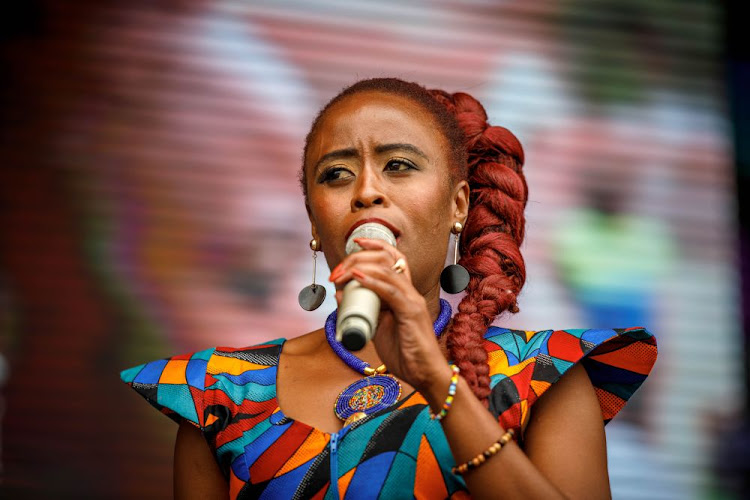 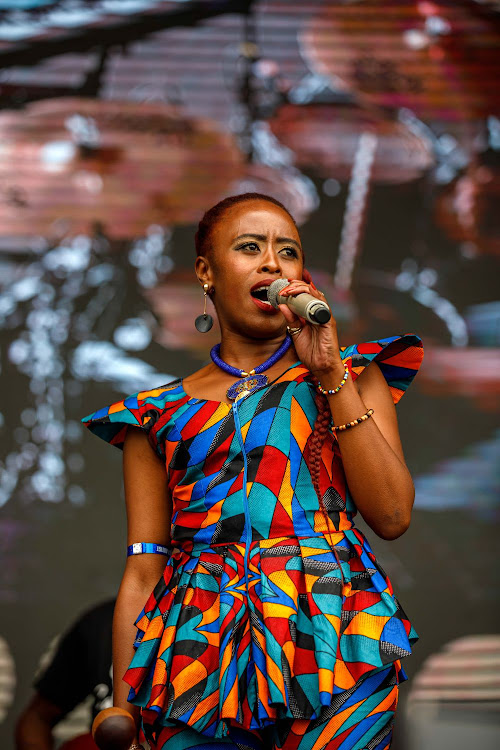 Motherwell singer Andy Ndlazilwana will be living her dream when the NMU Isisusa Jazz Fest broadcasts around the world on Friday November 27.

The first-year student in the department of music and performing arts at the university said it had taken her until the age of 30 — she turns 31 on November 28, the day after the concert — to plunge into music as a full-time career.

“And it feels so good,” the former receptionist said, especially as music is in her blood: the late jazz musician Victor Ndlazilwana was her grandfather.

“He was one of the best jazz vocalists, and a long time ago even played in the King Kong musical,” she said.

The PE Opera House normally hosts Isisusa, NMU’s annual jazz festival which has been running since 2008.

It has been pre-recorded on the south campus and is now being edited.

It will be a rare treat for jazz fans as only original material, composed by the featured artists and Williams, will be played, and some of the works are new.

Ndlazilwana will pay tribute to her grandfather by adapting one of his songs, Sekumanxa, for the event.

“I have fused Sekumanxa and made a medley with my one of my original songs, Chola-Chola, and I also sing Nomalanga, which I have just recorded,” Ndlazilwana said.

“I can’t wait to watch the whole show because when you do a recording, you don’t know how you sound, but I’m also excited because it was the first time with such a big band.”

Ndlazilwana is a member of Port Elizabeth band Edgar Muzah and Friends, which normally performs as a five-piece ensemble.

Playing with Isisusa’s brass section — featuring trombonist Du Preez, four horns and a trumpet — was a plus for her, as was the sound of two saxophones, alto and tenor.

With backing vocals, guitar, bass and drums added in, it was a full-on sensory experience for the singer.

“It was amazing so I can’t wait to see the outcome, and it is also very good for my music because I think that requires a lot of instruments.

“This was actually the first time experiencing what I have always had in my head when I’ve created it.”

Due to the pandemic handbrake on mass gatherings, it is almost a year since Ndlazilwana has performed with a live audience.

Edgar Muzah and Friends performed at the 2019 Ebubeleni Music Festival at the Nelson Mandela Bay Stadium, but Ndlazilwana is not keen to repeat this next month.

“By the look of things, it would not end up well.

“When people go to Ebubuleni, many go for a party and they just forget about social distancing, so it’s not a good idea,” she said.

The lack of live performance has not kept her back, however, and it helped that she learnt from her show for the Digital National Arts Festival in July.

“Isisusa was my second ‘virtual’ experience so it was much better than my first.

“It also wasn’t as nerve-racking: it’s nice even to have five people sitting there watching you as it means you have an audience.”

She also enjoyed working with Xonti.

“I love his saxophone skills and I like his aura as well, he was just a chilled person to work with.”

Xonti, who is the 2020 Standard Bank Young Artist Award Winner for Jazz, headlines the November 27 concert.

Born and raised in Nelson Mandela Bay, Ndlazilwana started her career as a backup singer for local artists and still hopes to hit the high notes in her musical career.

“I was working part-time as a receptionist but I decided it’s not for me and I became a full-time musician.

“I pray it gets back to normal as it’s been a struggle for performers.

“For now, though, I’m just doing my music studies online, and I’m liking it!”

In 2016, she made her debut at the Nelson Mandela Bay Municipality Music Festival and went on to perform at the Mamela Festival in 2017.

Later that year, she performed as part of the Port Elizabeth Opera House’s Afro Jazz Sundays series, and the 2019 Ebubeleni Music Festival.