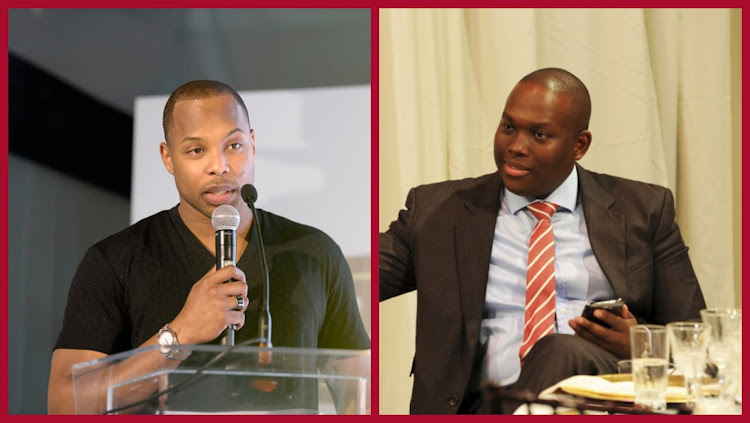 Sizwe recently threw major shade at the motivational speaker after a tweep suggested that Vusi's book would make a good birthday gift.

The tweep asked Sizwe when his birthday was so he could buy him the book, titled Vusi: Business & Life Lessons from a Black Dragon.

Finding it super funny that someone wanted to buy him such a gift, Sizwe hilariously responded saying his birthday was on June 21, making suggestions that the book can be thrown into his property.

Another tweep who saw Sizwe's response then suggested that it was about time that the two took their beef to the boxing ring.

Sizwe then replied to the tweep claiming that his nemesis needed “to go fight his summons and troubles first”.

Sizwe and Vusi have been involved in a nasty twar that has lasted for some years now and it doesn't look like the two will ever see eye to eye.

At the end of October, the two got into yet another spicy exchange, all in the name of epic proportions.

This is after the news that a tax increase was proposed for SA and Sizwe applauded the government for their “fair” decisions.

However, a tweep disagreed with Sizwe's reaction on the matter, saying we shouldn't be “pumping more money into an abyss”.

This is when finance guy Vusi came in and agreed with the tweep's sentiments. He also came for Sizwe's educational level and understanding of the world.

“Beyond the flippant tone of Sizwe’s tweets, the truth of the man came out. He has a hollow, surface-level understanding of very complex issues.

“He has been parading his 33% pass mark logic for a year and his cheerleading squad didn’t know better. He thinks life is a rap battle,” wrote Vusi in his clapback tweets.

Known for not backing down without a fight, Sizwe called out and threw a few fiery punches below Vusi's belt with rumours of “fake” qualifications.

“Lol! This is rich coming from you. Aren’t you the guy who faked qualifications from Hult [Hult International Business School] and got removed from the SAVCA [Southern African Venture Capital and Private Equity Association] board as a result?” said Sizwe.

Vusi then hit back defending his honour by coming for Sizwe's tweets on Beyonce's “Masters”.

“SAVCA board members serve a three-year term. My term had ended. And it’s a bad week for you son. You’re getting bodied all over the TL. Did you ever find Beyoncé’s Masters?” wrote Vusi.

However, Sizwe had to get the last word in saying that he will pull up receipts if he has to.

Maybe tweeps are right, a ring match between the two is much needed.