Magical message of our interconnectedness with nature 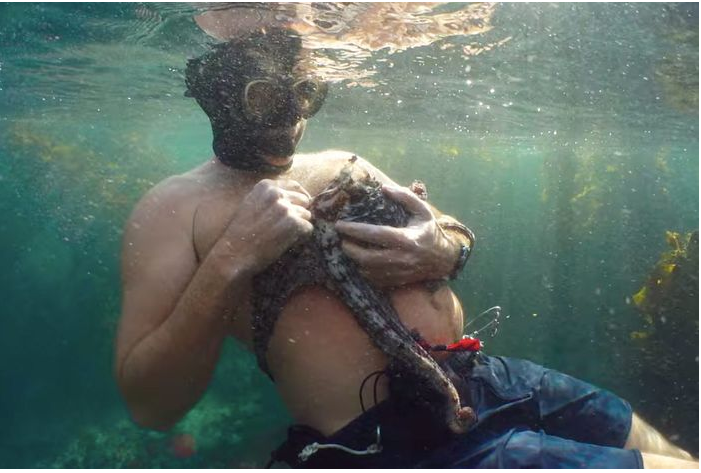 I choose not to believe in coincidences; particularly when something magical happens.

I embrace serendipity — the existence of unplanned, fortunate discoveries.

This weekend, a series of these fortunate events blended into a message for me: our connection with nature is more important than we could possibly imagine it to be.

First, we watched My Octopus Teacher.

A documentary shot in the Western Cape, it tells the remarkable story of free diver and filmmaker Craig Foster’s journey with an octopus.

He followed her for most of her life, and what she taught him, he’s now hoping she’ll teach us through this visually stunning tale of how much we have to learn.

The next day, I was sent a link to another documentary; this time about South African animal communicator and activist, Anna Breytenbach.

Before sitting down to watch that one, I noticed an adult bushbuck browsing in the veld next door.

Usually, they get on with their business in under 30 minutes, and then fade into the undergrowth.

But that day, he hung about for hours, until just before sunset — and when I gazed at him periodically through the window, he locked eyes with me each time.

Anna’s story, The Animal Communicator, is an attempt to show humans — who are unusually slow to appreciate the “magic” of the world about them — that they are part of a greater whole, and not master of its parts.

We value the Earth’s physical factors — oxygen, food, water, shelter and a surface on which to live — but in our rush towards first, urbanisation, and now, a virtual world in the form of technology, we’re missing something.

And we know that something is missing.

People such as Anna and Craig are brave and beautiful South Africans who quietly invite us to the table of their rich experiences.

You may choose to disbelieve that Anna can communicate with a wild, aggressive black leopard, but she doesn’t mind, I’m sure.

The fact that he’s now happier, according to the big cat sanctuary director, is the right ending to that story — with or without our participation or buy-in.

“Just a walk in the woods or a stroll by the beach on a sunny morning can awaken the innermost feelings of happiness and peace, and environmental psychology has gone a long way to proving this fact [Bell, Fisher, Baum, Green, 1996],” she says.

“Our affinity towards nature is genetic and deep-rooted in evolution.

“For example, have you ever wondered why most people prefer to book accommodation that have a great view from the balcony or the terrace? Why patients who get a natural view from their hospital bed recover sooner than others?”

She cites author Richard Louv’s book, Last Child In The Woods, which explores the real problem of nature-deficit disorder — the loss of connection of humans to their natural environment.

Staying close to nature improves physical, mental and spiritual wellbeing, she argues — and it should not be compromised by recent developments, such as urbanisation, technology or social media.

There is enough science to back this, with studies ranging from proving lowered body mass index, fewer eyesight problems, optimum nervous system function, the production of anticancer proteins, fewer depressive disorders, greater cognitive function and a whole host of (free) benefits linked to our innate relationship with nature.

Two local nature documentaries and a bushbuck sighting in one weekend? Priceless.

Was it a sacred, mysterious message, a simple, serendipitous event, or just a bit of Irish luck?

I’m not sure that it matters what you believe — as long as you take the hint.