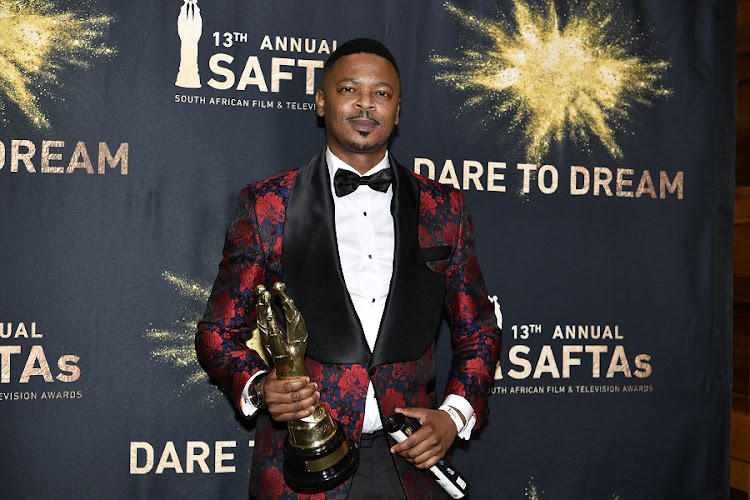 Popular Port Elizabeth-born actor Zolisa Xaluva has opened up about his Gomora character, sharing how it has taught him the importance of men healing before they take their pain out on their children.

Xaluva has starred in several major productions, including as Diamond on The Queen and Jason on Generations, but has captured hearts with his role as Melusi on the popular Mzansi Magic drama Gomora.

Chatting to TshisaLIVE recently, Xaluva said he was relieved to finally be playing a “good guy”.

He said the role had taught him that men should allow their children to be themselves and not take their personal trauma out on them.

“I have never been a dad, but I learn every day about patience and allowing children to be themselves.

“Also allowing yourself, as a father, to not allow your own personal pain to be reflective in the way you raise your child.

“It’s very important to have personal growth before [you have children],” he said, noting that Melusi’s pain was showing in the way he raised his son.

He urged those who saw themselves in Melusi’s situation to speak to someone and get help.

“A lot of people, especially black people, can relate. I do personally as well.

“My dad was very strict growing up.

“We had a strict upbringing, my brother and I, where there wasn’t much room for your own opinion, everything was kind of enforced on you.

“But I am also glad to say that I have a better relationship with my father now as a grown man than when I was younger.

“I find that he is more of a friend.

“I think he has also learnt that ‘eish, I don’t need to be the same way to my children as my father was to me.’”

Zolisa has cemented his place as one of the best actors in the country for his roles, but fame has come at a cost for the star.

He recently fell victim to a fraudster starting a stokvel scam in his name through a fake Facebook account.

“At first I didn’t mind. I wasn’t offended that someone had stolen my identity, per se, but it became something that started affecting my brand or credibility to some people.

“ This person is now extorting money from people using my name ... some people have fallen for it, unfortunately.

“It really bothers me.”

Listen to the conversation on www.heraldlive.co.za