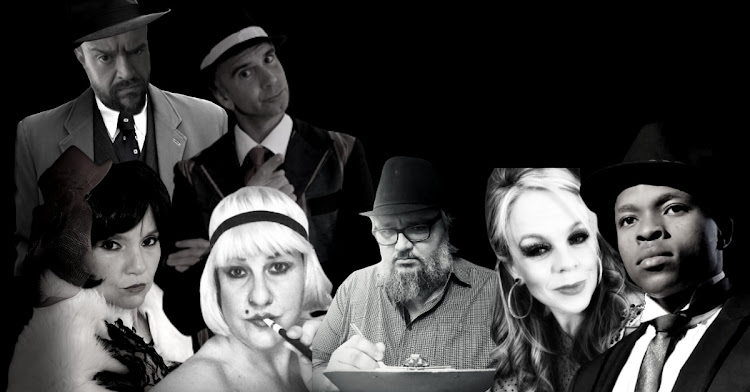 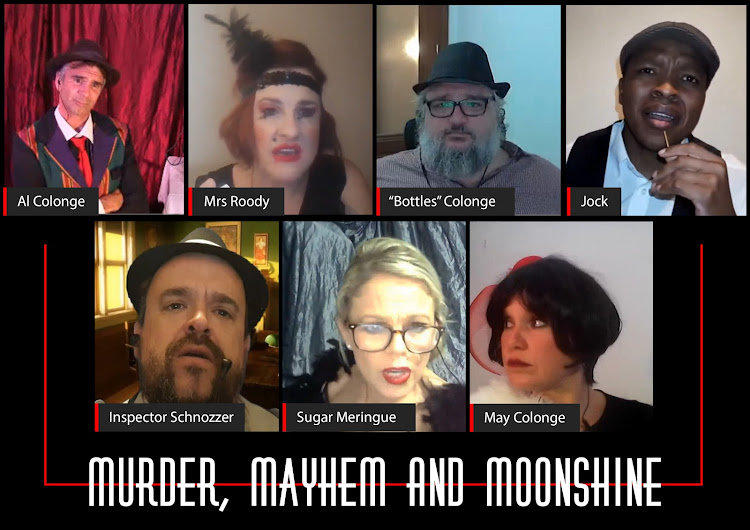 Centrestage artists have joined forces from around the globe to create an interactive murder mystery show which will be staged live online on Friday and Sunday.

Entitled Murder, Mayhem and Moonshine, the setting is 1929 Chicago during the prohibition era, where a gangland killing has occurred and Inspector Schnozzer (played by Wayne Kallis) interviews a motley crew of eccentric and guilty-looking suspects, each with their own reason for wanting to see the notorious Buns Meringue dead.

“Who’s the goon who did this and why?” is the question which online contestants are tasked to try to deduce from clues are given along the way.

The unique interactive components of this production present themselves when the “suspects” answer questions posed by the audience, interact hilariously with each other and even each get to sing an amusing song related to the peculiar penchants of each character.

“A murder mystery is something I've always wanted to do in a dinner party setting, but this online version has transformed into a full show ... comedy, mystery, full interaction with the audience ... it's the best formula for online entertainment. Guests have the option to dress up and pop in to question the suspects — the amount of interaction you want depends on them!”

Reflecting on the making of the show, Hattingh said his favourite moments from it were those of shared laughter among the cast.

“Our first few rehearsals were very serious as all of us tried to learn our characters’ dialogue, back stories and personalities, but as we relaxed into the show itself, it just became so funny. Wayne trying his best to corpse everyone at the end is a personal highlight for me.

“Another highlight is feeling like a trailblazer. This form of online entertainment is born of necessity due to Covid-19, but while I doubt it’ll ever replace live entertainment, it’s definitely something that will have its place in the way entertainment works in the future.”

For Botha, the making of Murder, Mayhem and Moonshine was like a reunion between old friends, which makes the show all the more entertaining, she said.


“We’ve had an awesome journey together in the past and I count myself lucky that it’s not over because with this production we get to do it again.

“It’s not just the storyline of the show that would entertain you, but the interaction between almost ‘lifelong’ friends is something to behold. It’s like we’re a band again. Just seven friends getting together making bad times good and good times unforgettable.”

“Not only does it feel great to be working with my Centrestage family again, but the whole style of a live streamed 'play' gives the audience a chance to be part of the show. The talent and experience in this show is unmatched. You will not only be entertained by the smooth voices, but also some hilarious antics from the gang,” he said.

The cast all agree that making the show under lockdown regulations for an online audience has exposed them to a new medium that has potentially changed the game for future productions.

“This project is really a big move for all of us and has come out of necessity. I have been learning quickly what works and what doesn't in the online space with my Gino's Spot shows. This has been invaluable in getting the right platform together so that we can interact with our audience to the maximum," says Fabbri.

The show airs at 8pm on Friday and 7pm on Sunday.

A ticket of R105 gives access to the whole family to join the VIP room and ask questions during the show to solve the case. Tickets can be purchased through Quicket.