Tribute to Mary Twala planned for ‘Dinner at Somizi’s’ premiere 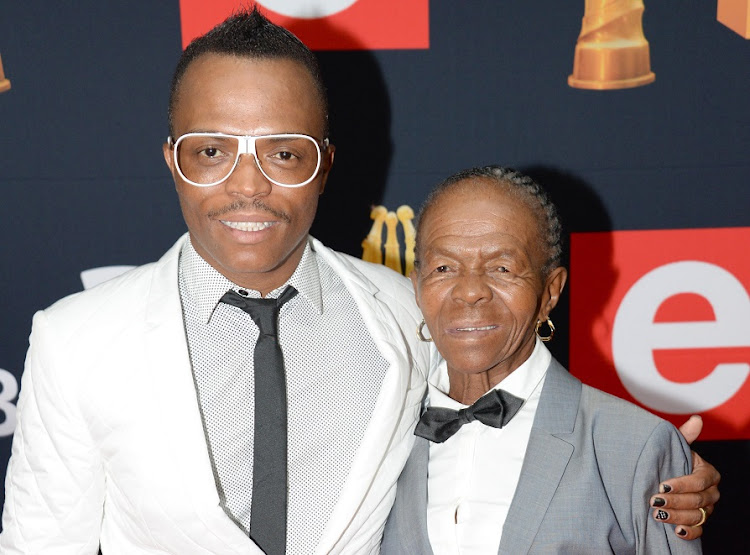 Somizi Mhlongo will premiere his latest TV adventure on Friday with a heavy heart after the death of his mother, veteran actress Mary Twala.

Twala died at a Johannesburg hospital on Saturday after spending several months in and out of hospital.

Mhlongo confirmed his mom’s death on social media, saying: “The tree has fallen. I’m shattered to the core.”

The news came less than a week before his cooking and talk show Dinner at Somizi’s premieres on 1Magic, and the channel has confirmed that a special tribute to Twala will air ahead of the episode on Friday.

“As the Mzansi Magic family, we have conveyed our condolences to one of our own, Somizi, for his loss,” M-Net director for local entertainment channels Nomsa Philiso said in a statement.

“We are planning a special tribute for this great, distinguished thespian who kept South Africans entertained and laughing throughout her performances over the years.

“Despite her legendary presence as a renowned actress, she was accessible enough for the younger crop of creatives to befriend and look up to.”

The first guest at Mhlongo’s place will be actress Rami Chuene.

The outspoken entertainer will sit down for a meal,  dishing on the entertainment industry, her love life and her feisty social media presence.

It's getting 🔥🔥🔥 in the kitchen as @somizi gets ready to serve his guests dishes with a little more spice https://t.co/pLSmS8WhC1#DinneratSomizis premieres 10 July at 19:00 exclusive to #1Magic. pic.twitter.com/9kSuAUYlO1

Mhlongo paid tribute to Twala earlier this week, posting several touching moments he shared with his mother, including her accompanying him to his traditional wedding late last year.

Thank u once again for this day Ma