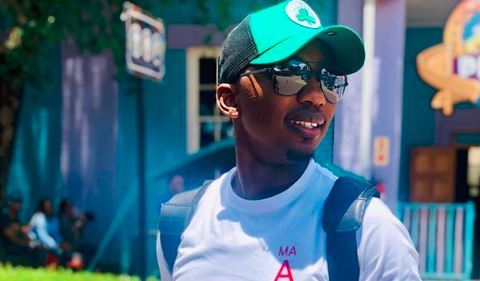 The EFF has again been applauded for assisting artists struggling under the Covid-19 pandemic, after Live Amp presenter DJ Lamez revealed that she had  received a relief payment from the party for the third month in a row.

In his Freedom Day address in April, EFF leader Julius Malema announced that the party would financially support all artists who have been with the political party from its inception.

DJ Lamez was one of the artists on the list.

Taking to Twitter this week, she thanked Julius for his assistance.

“I cannot thank you and the EFF enough for looking out for me and other artists who’ve played or performed for you guys throughout the years. This is the third month where I’ve received an unexpected relief fund, and from the bottom of my heart, thank you!” she wrote.

The post was shared more than 1,000 times, as tweeps debated the relief.

While some slammed the party for giving relief to celebs while their own party members struggled, other applauded the move.

Andile Ncube was among those who hailed the decision, and congratulated Julius.

“When someone sees the forgotten and valueless right now! It takes one voice to start a revolution! Julius Malema, well done.”

When someone sees the forgotten and valueless right now! it takes one voice to start a revolution! @Julius_S_Malema well done ✊🏿 https://t.co/jrIjUhCdlC

Euphonik praised the party in May, thanking the EFF for helping support musicians who are without work due to the pandemic.

“Great work quietly being done by EFF to help alleviate some of the pressure in the music industry. Thank you guys!”