Homemade marmalade is making a comeback 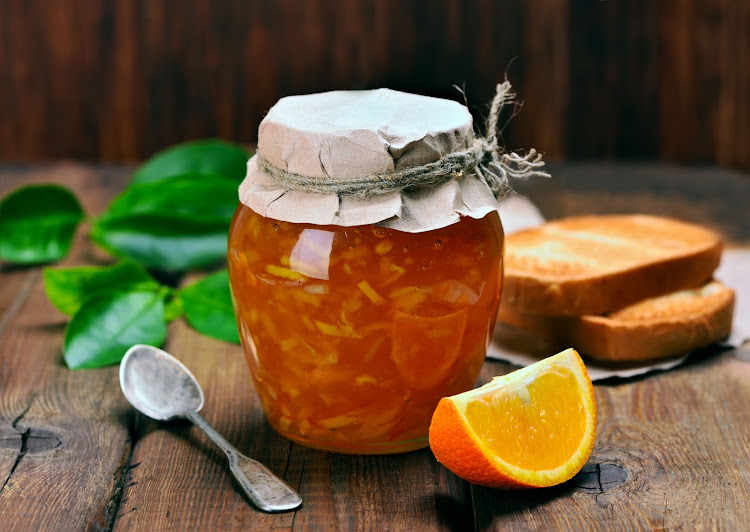 Homemade marmalade is trending thanks to the popularity of all things artisanal.
Image: 123RF/voltan1

A classic dark and chunky marmalade made with Seville oranges — the key ingredient to a good authentic version — took top honours in the 15th annual Marmalade Awards at the Marmalade Festival in Cumbria in the UK earlier this year.

There were more than 4,000 entries from over 40 countries around the globe including South Africa, Japan, Taiwan and Lebanon. The winning entry was made by Jonathan Hamel Cooke, an English gardener. It was officially rated as the best marmalade in the world and awarded double gold and best in show accolades.

Hamel Cooke, who was surprised by his win, thought his marmalade was good “but possibly lacking in originality”. The judges acknowledged this, saying that despite all the interesting additions and varieties of citruses used in the thousands of entries “if done properly, you just can’t beat a classic”.

What is it about this revered English breakfast spread, which has an old-fashioned bitter taste, that keeps the tradition of people making their own going?

Growing up, marmalade took pride of place on my family's breakfast table. Not the store-bought variety — that transparent squishy sickly sweet jelly-like spread my lucky friends enjoyed at home, and which I coveted. No, ours was an English-style marmalade, dark with big pieces of bitter rind and so thick a teaspoon would stand straight up in it; I suspect it was similar in style to the one Hamel Cooke made.

We’d wince as my father would spoon it over thick Greek yoghurt, another oddity at the time, and then finish off his morning meal with a heap of the dark marmalade on his thickly buttered toast.

Commercial sales of marmalade have been on a steady decline in the past decade with the younger generation favouring more modern toast toppings like honey, nut butters, chocolate hazelnut spread and other savoury options like smashed avocado, yet the demand for handmade marmalade is on the increase.

Many would say it’s due to the revival of home preserving, part of the move to self-sufficiency. The continuing trend towards all things artisanal also helps: today a homemade brand is much more revered than something that is mass produced.

Whatever the reason, I, for one, am glad to see there's a growing appetite for the stuff.

We home preservers in SA may not have access to the Seville oranges needed to make the traditional version of the English breakfast spread, but we do have a local treasure that some would say is even better: the Rex Union orange.

The Rex Union is a much prized and protected relative of the Seville; it's a cross between this orange and a grapefruit with a thick skin, bitter pith and sour flesh that’s perfect for making marmalade.

The fruit is grown on the farm Lemoenkloof in Rustenburg in the North West and is named after the founder of Knysna, George Rex, an Englishman who spent most of his adult life in SA. Rex so longed for marmalade that he developed the hybrid fruit on the land gifted to him by Paul Kruger and part of where the farm is today.

Each winter my ritual is to make marmalade with Rex Union oranges. This year I'll be making lots of gleaming jars of chunky dark English whisky marmalade — not because we plan to eat it all, but rather as a way of preserving the tradition, honouring my dad this Father's Day, and most importantly, as a way of sharing this unique SA fruit by giving away most of what I'll make to family and friends.

• To make your own classic marmalade, try this easy recipe. Click here for the recipe for my Rex Union orange and whisky marmalade.