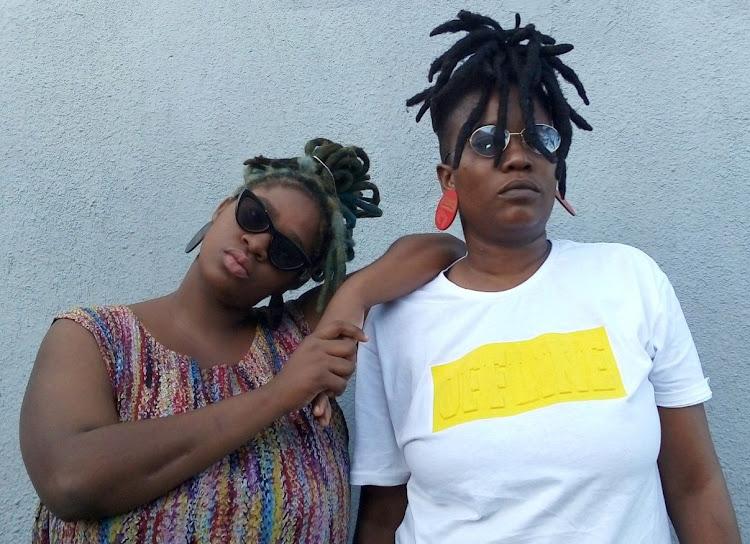 Fans of Port Elizabeth urban traditional band Ikati Esengxoweni have new music coming their way as the duo are now in the mastering stage of their EP, Cradle of Humankind.

With the six-track project, the duo is introducing a new sound that is different from anything they have showcased to audiences before.

“We’ve been experimenting with different sounds and we think this will surprise people who have seen Ikati Esengxoweni perform before but we do hope they will like it.

“We just want to get more people to know us and our music through this EP before we release anything else,” band member Anam  Manyati said.

The duo said the project was a compilation of new songs, some of which they had performed and others that had never been heard before.

One of the known songs is Ting Ting, a single they recorded for the soundtrack of South African prison drama series Lockdown.

The duo recently had another song titled Ookhokho Bethu featured on the Showmax film, Loving Thokoza.

Lockdown and Loving Thokoza are both Black Brain Pictures productions.

“Since we did Ting Ting for Lockdown, the shift to writing a song for Loving Thokoza was an organic one.


“When [Black Brain Pictures co-founder] Mandla [Ngcongwane] told us he would like us to write a song for a movie he was working on, we already had something in mind that would fit the kind of story the film is about.

“Ookhokho Bethu is a kind of struggle song, so we went into studio to record it specially for Loving Thokoza,” Manyati said.

Cradle of Humankind, a commentary project on the band’s life experiences and general societal topics, has been in the works for about a year now, band member Lark Wantu said.

“We have spent about a year writing and recording this project and we really hope we’re sitting on a masterpiece because we’ve really taken our time with it.

“The songs are are just about what we have  experienced and just things that happen in the world.

“We hope that people will relate to it because we want to touch lives with our music” Wantu said.

The EP is produced by Steve Dyer, Kurt Slabbert and Anda Macuba.

“The strategy was to wait for the uncertainty around Covid-19 and the lockdown to die down so that we are able to travel and perform the music while it’s still new, so at the moment we are just waiting it out before we can confirm a release date,” Manyati said.

The duo said they were in talks with Afropunk with the hope of hosting  a virtual event.

Details of  the show will be communicated via their Facebook page, Ikati Esengxoweni.