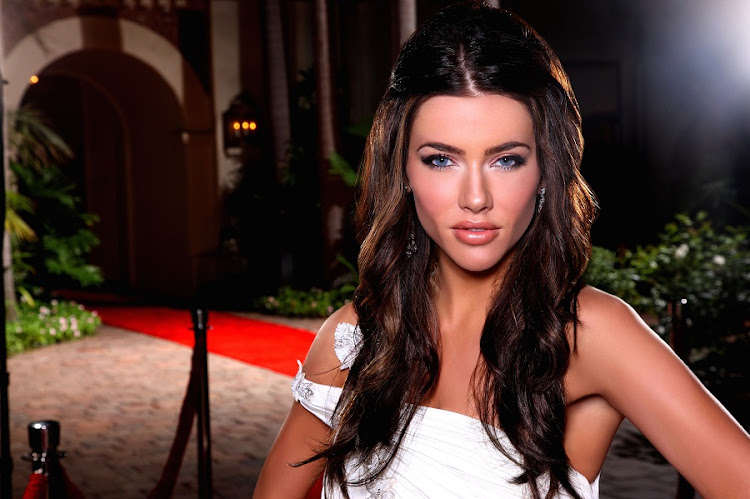 Jacqueline MacInnes Wood, who SA fans know as Steffy Forrester on one of their favourite soapies, said she treasures her memories of South Africa.
Image: Gilles Toucas

The Covid-19 pandemic has wreaked havoc in the entertainment industry across the world, and The Bold and the Beautiful’s Jacqueline MacInnes Wood said it could change the way the industry runs forever.

The star, who plays the role of Steffy Forrester, recently spoke to TshisaLIVE from her home in Los Angeles, US, and opened up about her experiences just before the coronavirus halted production.

"The mood was very interesting because we didn't know we were going into quarantine. We film two weeks on, one week off. Early in March I filmed a few episodes and was off for the week. We thought we were coming back. When we were filming, we had no idea about the gravity of Covid-19 and assumed we would be coming back right away."

She said she was enjoying being at home with her family and newborn, but was excited to return to set soon, although it might be different to when they left.

"I am kind of navigating this, so I don't really know. I think behind the scenes there will be a skeleton crew, or smaller crew, and I guess more organised with how we shoot, with audio and directors and making sure we wash our hands and cleanliness around the studio.

"There is a new wave. I do feel like something is coming in a good way",  she said, adding that there could be exciting new changes ahead, but she is taking it a moment at a time.

Despite the halt in production, local fans are still able to watch the popular soapie on week days at 5.30pm on Eva (DStv channel 141), with an omnibus every Saturday at 4pm.

Jacqueline has visited SA, including on a tour in 2011, and said she has seen firsthand how crazy we are about the show.

She said she fell in love with Mzansi and wants to come back.

"Everybody was so kind. I just loved the vibe there and to see the fans. We went on this incredible safari. I have a lot of memories that I cherish."