Amanda Black: Alcohol is not essential 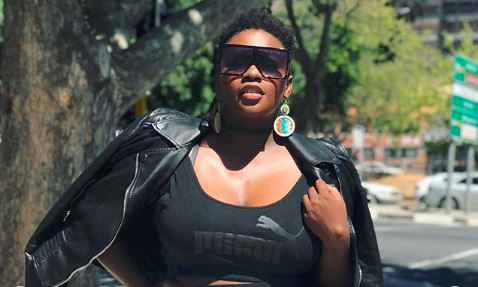 Amanda Black thinks this is a good time for many South Africans to deal with their dependency on alcohol.
Image: Instagram/Amanda Black

Singer Amanda Black has made it clear she is against the calls to have the ban on alcohol lifted during the nationwide lockdown to curb the spread of Covid-19.

Apiwe Nxusani-Mawela started a petition two days ago, stating that “the beer industry supports millions of people and their families, like waiters, operators, truck drivers, farmers, bars, restaurants, and tavern entrepreneurs who all want to be part of the solution”.

By Tuesday midday, the petition already had more than 5,000 signatures.

Amanda was one of the people who spoke out against the unbanning of alcohol.

She took to Twitter to reiterate that alcohol was non-essential, and that the banning of booze sales was not a move against the industry, but a move put in place to save thousands of South African lives.

“Haibo guys! Alcohol is not essential. What I think should be done for  people who suffer from alcohol abuse and dependence is counselling to help them through withdrawal and help deal with the trauma and triggers that drive them to alcohol abuse,” she reasoned.

Haibo guys Alcohol is not essential, what i think should be done for real people who suffer from alcohol abuse and dependence is counselling to help them through withdrawal and help deal with the trauma and triggers that drive them to alcohol abuse. #SignThePetitionSA

Many people debated her point of view.

Some said the country was currently not in a position in which the solutions she offered could be applied.

Others tried to reason with Amanda by saying the ban needed to be lifted “for the sake of the economy”.

However, Amanda was not having any of it and emphasised that alcohol was, without a doubt, non-essential.

Alcohol industry is not the only thats put on hold. The argument here is that its not essential.

Therefore making alcohol what? Specifically for you my brother. pic.twitter.com/T2hfnf2Tgp