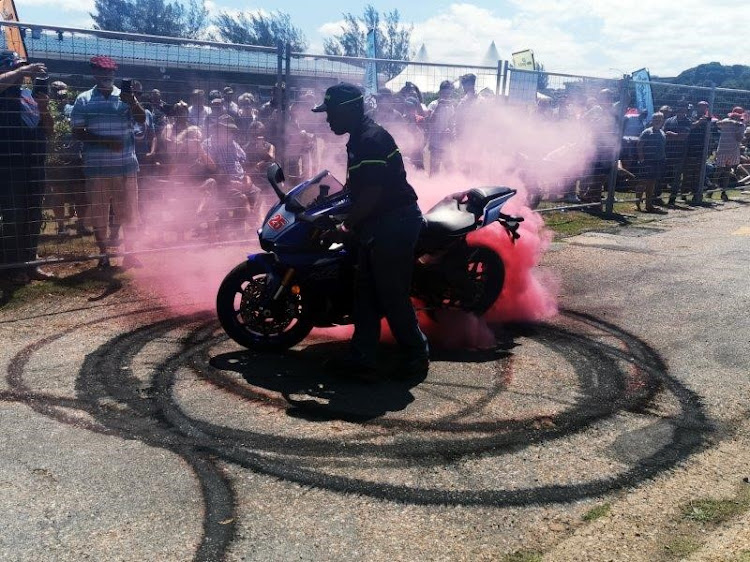 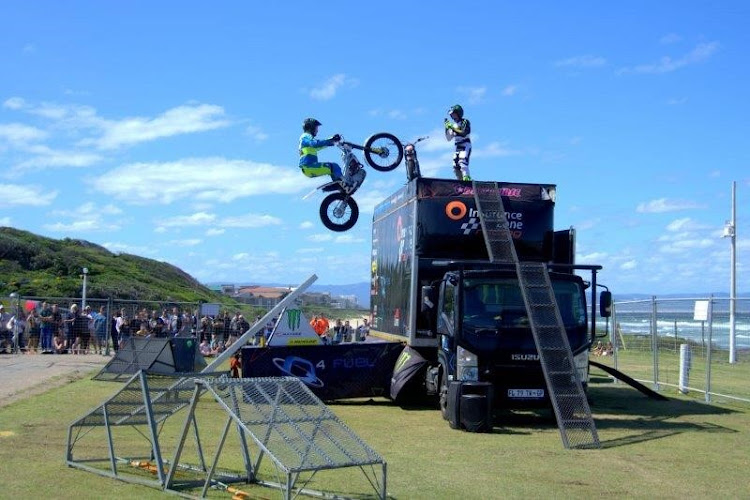 The first stop on the South African Bike Fest tour — that kicked off in Jeffreys Bay last week — saw the usually sandy entertainment of Jeffreys Bay being exchange for a weekend of high octane family fun on the streets of the usually peaceful coastal town.

“We couldn’t have asked for a better way to kick off the South African Bike Fest series,” Wentzel said.

“The atmosphere has been incredible with crowds of people streaming in from all over SA. The audience really responded to the programme line-up which included the best biking products and stunts, endless retail and dining options, as well as some of the country’s most talented musicians.

“Jeffrey’s Bay is a really an ideal host for large-scale events, with bikers taking advantage of the area’s stunning outrides and hospitality.”

Aside from the doughnuts, drag racing and bike displays, festival-goers were also kept entertained by live music, food gardens and even a talent search competition.

At the Jeffrey’s Bay Bike Fest Talent Search Competition the best local artists in singing, dancing or rap performed in four-minute time slots and, after judging was finalised (50% public vote and 50% panellists), the Best Overall Artists were announced.

Andre Ludik and Chris Beer were definite crowd favourites, walking away with the R15,000 cash prize.

Commenting on the event, Kouga mayor Horatio Hendricks, said: Jeffrey’s Bay is so much more than just a holiday destination. It’s a community of energetic, co-operative people who want the town to prosper.

“We believe events such as Jeffrey’s Bay Bike Fest can help us grow our brand as well as theirs. We look forward to this being a long and happy partnership.”

There are still four more premier biking installations to come, with the next stop being the South Coast Bike Fest in Port Edward.

After the Port Edward instalment, the festival will move to Clarens in the Free State during July, before heading to the Ballito Beachfront in KwaZulu-Natal in September and then rounding out the Bike Fest tour in Langebaan in Western Cape in October.