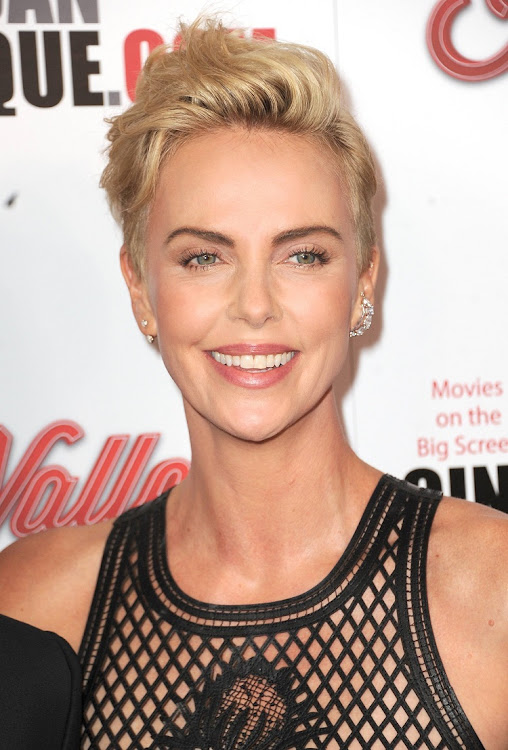 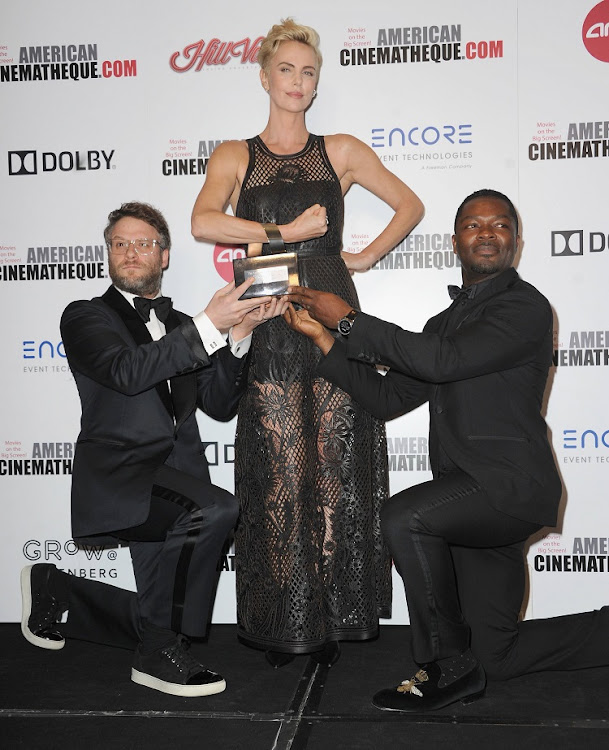 Charlize Theron was honoured by Hollywood Friday for a "fearless" career in which she tackled themes including sexual harassment long before the #MeToo movement up-ended the industry.

The 44-year-old South African Oscar-winner, who has often played down her flawless looks to win darker, more complex parts, collected the prestigious American Cinematheque Award at a Beverly Hills gala.

"I'm overwhelmed - I need a cocktail!" she told AFP as stars including Kristen Stewart, Seth Rogen, and David Oyelowo gathered to honour her career.

"These people who are here tonight have been with me through a lot of stuff."

Theron won the best actress Academy Award in 2004 with her turn as prostitute and serial killer Aileen Wuornos in Monster.

She earned Hollywood's respect with a visceral performance which saw her pack on 14 kg and render herself unrecognisable with makeup and prosthetics to play the unappealing murderer.

Next month Theron appears in another transformative role - as former TV anchor Megyn Kelly in Bombshell, which depicts the downfall of Fox News co-founder Roger Ailes after a sexual harassment scandal.

"When I read (the script) it felt like it was part of a conversation that was happening now. And that to me, felt really important," she said.

In contrast, her 2005 turn as a miner who files the United States' first class-action sexual harassment lawsuit in North Country came at a time when Hollywood turned a blind eye to such issues.

Back then there was a sense that sexual harassment "was in the past and that it's been dealt with," said Theron.

The part earned her a second Oscar nod. A decade later, the #MeToo movement swept through Hollywood.

Theron was born in the small South African town of Benoni in 1975.

When she was 15, her mother shot dead her father after he attacked them in a drunken rage. Her mother was never charged.

Theron arrived in Los Angeles as a teenager in the 1990s speaking only broken English - her first language is Afrikaans.

She was discovered by a talent scout in a bank, and broke into Hollywood's elite with The Devil's Advocate (1997), alongside Keanu Reeves and Al Pacino.

Theron has since mixed commercial films such as the Fast and Furious franchise with tougher, less conventional roles.

The American Cinematheque Award is a "mid-career achievement award," with previous honourees including Al Pacino, Tom Cruise, and Steven Spielberg.