‘We all laugh in the same language’ 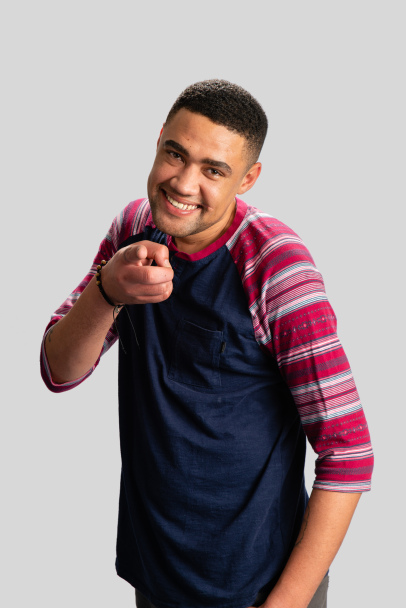 SA comedian Robby Collins will be in Port Elizabeth for two shows on Saturday.

The comic will tickle the funny bone in shows at 6pm and 8pm at the Protea Hotel.

The shows are a part of his new Iyeza Comedy Tour.

The Port Elizabeth leg of the tour is in partnership with Big Mouth Entertainment, a Bay events and entertainment company known for bringing national and international acts to the city.

“People need laughter on a daily basis and I can only do a little bit at a time by putting together a show.

“It hits you when you’re standing at the back of the room while the show is under way, the comic is on stage and people are laughing and you realise that, at the end of the day, it doesn’t matter what race, age or colour you are, we all laugh in the same language and that touches my heart,” Roberts said.

Collins, widely known for having opened for The Daily Show host Trevor Noah in more than 50 solo shows across SA, has plastered his face on various other platforms outside stand-up comedy.

If not on stage cracking jokes about his life’s experiences, the KwaZulu-Natal comic can also be seen on stage on the Durban theatre circuit or playing Rocky on e.tv soap opera Rhythm City, as well as in TV commercials.

This, after he was crowned Breakthrough Act of the Year at the Comics Choice Awards in 2011 and 2012.

Tickets for the show cost R100 at Quicket and the show is not suitable for people under the age of 15.

Roberts said Big Mouth would be bringing more acts to the Bay later in 2019, including Kurt Schoonraad as well as Tumi Morake, for the reading of her book And Then Mama Said.

“We post updates of all our events on the Big Mouth Entertainment social media and we’ll communicate there once dates for the next shows are confirmed,” Roberts said.