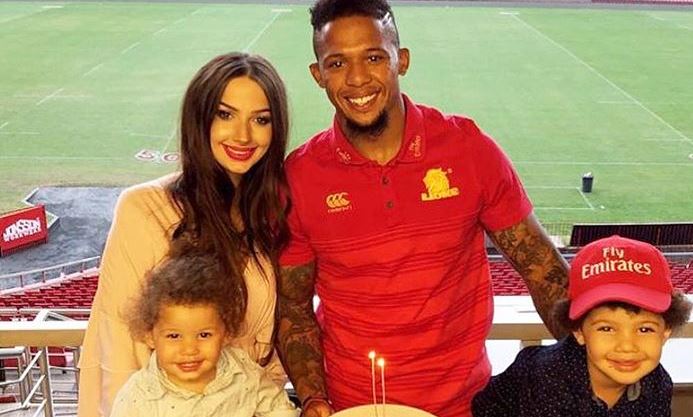 Elton Jantjies and his partner Iva are in a celebratory mood after the birth of their son on Thursday.

The Jantjies family has expanded and proud mom Iva took to Instagram on Thursday to introduce the world to her little one.

The couple have named him Leandro Lee.

Iva, who comes from Greece, was over the moon at the arrival.

"Our life together has just begun. You are part of us, our little one!" she captioned her post.

The couple were flooded with messages of congratulations and best wishes, including from Siya Kolisi's wife Rachel.

The couple have two sons together. Their oldest child, EJ, was born in 2015.

In a statement shortly after the birth of EJ, Elton called it the happiest day of his life.

Their second child was born in Johannesburg two years ago. In an Instagram post at the time, Iva couldn't stop gushing over little Noah, and said she was looking forward to spending the rest of her life with him.

Iva announced the news of her latest pregnancy during the festive season last year, revealing that she was already five months pregnant.

She has kept fans updated on her journey so far and has filled social media with messages of excitement about the imminent arrival of little Leandro.

She held a glitzy baby shower recently where she showed off her growing baby bump.

I could've literally eat the whole cake! Thank you www.bake-my-day.co.za ???

All the stunning photos are taken from the talented @chris_anderson_photography Thank you Chris!