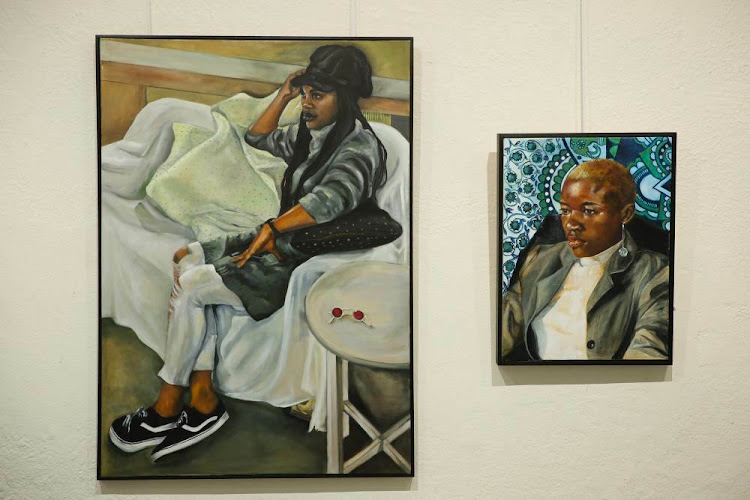 The Milestone Exhibition, featuring the works of three students who have reached milestones in their artistic development through their dedicated pursuit of the visual arts at Port Elizabeth’s Art on Target, opens on Friday February 22 at 6pm and will run until Monday March 11.

A selection of works by the centre’s most promising up-and-coming students will be on exhibit.

Art on Target’s director Bretten-Anne Moolman aims to nurture skills, opportunity and experience in the visual arts through initiatives like the Milestone Exhibition.

The Milestone artists are Alvarito Felix, Debra de Beer and Tristan Drewry. Besides Moolman, the other educators at Art on Target – all established artists in their own right – are Cedric Vanderlinden, Estelle Marais and Jonathan Silverman.

Felix has been a sponsored student of Moolman’s for more than eight years, since the early days of her former studio in Short Road, Walmer.

His work touches on social injustice and comments on his life growing up in Kleinskool, Bethelsdorp, where gangsterism and poverty prevail.

His chosen medium is pen and paper on board and he tends towards intricate detail using images of money notes as a backdrop to his commentary.

De Beer started out in informal classes with Moolman more than five years ago.

Drewry started out in the art enrichment programme facilitated by Moolman and assisted by Vanderlinden two years ago.

His artworks display the diversity and ease by which he renders the world in a quick, passionate stroke of the brush.

Marais is a recent addition to Art on Target and two of her students feature in the Most Promising section of the exhibition, among others from the various classes offered at the centre at 2 Target Kloof, Essexvale.

Viewing hours are Monday to Friday, 10am to 5pm, and Saturday, 9am to 1pm.