On board Africa’s first high-speed train 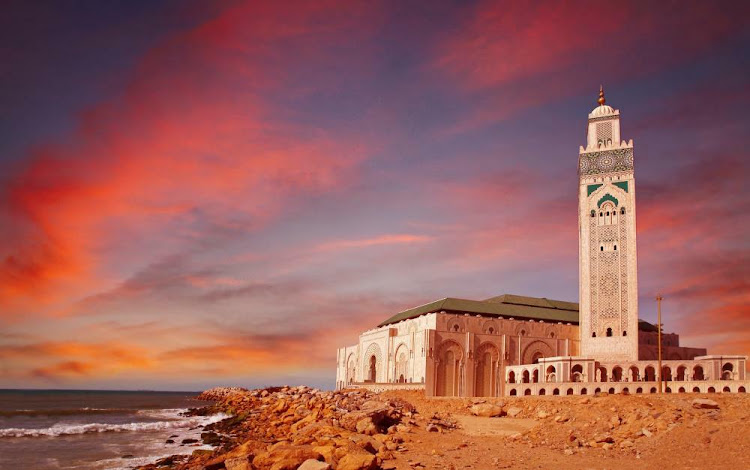 The five-hour journey from Tangiers to Casablanca (pictured) has been cut to 90 minutes
Image: 123.RF.COM

Africa’s first high-speed train has the profile of a panther.

With barely a purr it tiptoes out of Tangier station in a silken glide and its rapid pounce up to 320km/h is equally imperceptible.

Within minutes of departure, the sun-mirrored Mediterranean turns to salt marsh, and pine forest into towering Rif.

A green sheen of pasture welcomes nesting storks, football matches and grazing sheep. We don’t so much rock the Kasbah. We leave it for dust.

The French-built TGV, which began operations in November, aims to unite a telegenic kingdom riven by mountains, rivers, desert and scrub. Its northern terminus is a case in point: having changed hands more times than it cared to remember, Tangier returned to Morocco sovereignty in 1956.

The carriage interiors of the new train are neither French nor frivolous, but Moroccan and modern. In first class, princely red thrones gaze over flashbacks of country life.

Endless information jingles speak of a rail operator proud to run Africa’s first high-speed line. The train tops anything a country like Britain has to offer in terms of speed, comfort, cleanliness or style.

Sitting on the double-decker train’s top floor is a must. From here a panorama of sea-medina-beach screams past like a Saharan documentary on fast forward. 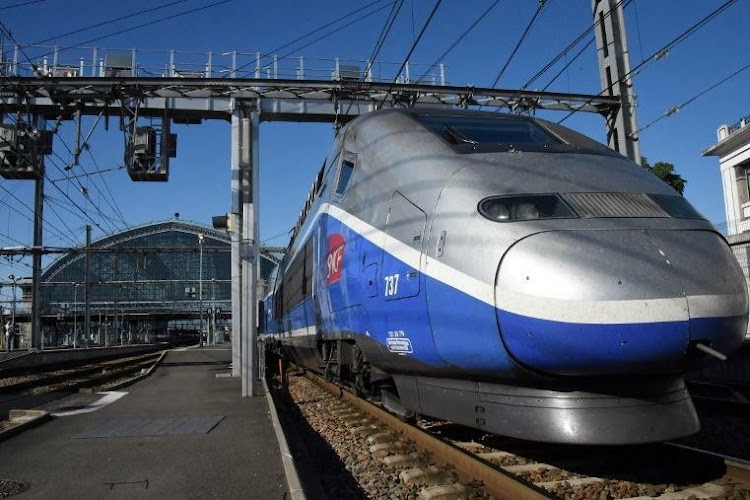 Conversation is more voluble and polite notices to silence cellphones are treated as an abstract rather than an instruction.

With a background tweet of message pings and video streams the new train powers on. Just after the hour the train pauses at the royal capital of Rabat – previously the trip from Tangiers took nearer four.

After Rabat, verdant forests flash past the picture windows.

There are palms and canes, pines and plains, all backdropped by a gently crashing Atlantic Ocean. It’s like a greener Canaries, or an Andalusian Africa, witnessed at Lewis Hamilton speeds.

At the two-hour mark, the new train prowls through the Casablanca suburbs.

The journey between Tangier and Casablanca used to take nearly five hours, a duration that will be reduced to 90 minutes when final upgrades to the track are completed in 2020.

This city of seven million is a juxtaposition of lemon groves and villas à vendre, of shanty towns and quartiers less grand.

Train tracks discriminate against neither. A walking tour reveals a bustling French-Atlantic city far removed from the dissolute Mediterranean-Berlin of Tangier.

As Casablanca boomed a century ago, colonial planners crafted an entire city in an art deco style known as Mauresque. Banks and hotels are graced with Moorish cupolas and racing lines.

The cathedral is a vision of concrete. There’s Rick’s Café that recalls the legendary Bogart-Bergman movie, plus the villa where Churchill and Roosevelt conferenced in 1943. And a Grand Prix circuit where Stirling Moss triumphed a decade later. 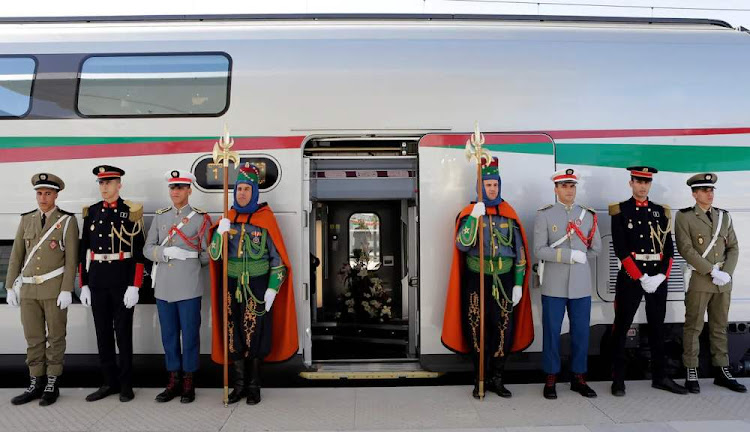 The TGV train can glide along at 320km/h
Image: REUTERS

But there’s little in Casablanca to entertain lotus-eating hippies who back in the day were encouraged to railroad on to Marrakech. And I do likewise, even though this part of the journey is not yet high speed.

One hippy who travelled on “the train from Casablanca going south”, “blowing smoke rings from the corners my mouth”, was Graham Nash, of Crosby, Stills and Nash.

Today’s Marrakech Express sways out of Casablanca like a beatnik recovering from the night before – and offers a cinematic comparison to the new TGV.

The little carriages beat a rattling rhythm as authentic as it is hypnotic. There’s an illusion of speed although we’re barely past running pace.

There are mosques, schools, kiosks and boules. Plus nurseries growing olives and palms to furnish the new marinas and malls on the Casablanca corniche.

Out here rural locomotion is provided by battered Peugeots and donkeys.

So he moved down the corridor to second, where “ducks and pigs and chickens” allegedly called. Although as his song, Marrakesh Express, was first performed at 3am at 1969’s Woodstock music festival, Nash’s recollection may have been as rickety as the rails.

At three hours, the Casablanca to Marrakech line is hardly an express. Better than that, it’s a tortuous topographical tour through Star Wars scenery. The orange earth begins to rust.

Train stations become platforms in the dust. From a desert scrub emerge orange orchards, the fruit of which will be juiced and served alongside the story-tellers and snake charmers in Marrakech’s Jemaa el-Fnaa square.

Hills begin to roll. Mountains begin to rise. Until the snow-capped Atlas backdrop the Red City like a scene from Game of Thrones.

Thanks to the new high-speed line one may breakfast on croissants by the Mediterranean, take a sardine lunch beside the Atlantic, then dine on tajine on the borders of the Sahara – an option that will become even more viable when a planned high-speed line extension reaches Marrakech in a few years’ time.

Until then Marrakech remains a thousand-year-old oasis where spices are still shipped across the desert and where locals dress like extras in a biblical biopic. Although the end of the line is getting nearer all the time.