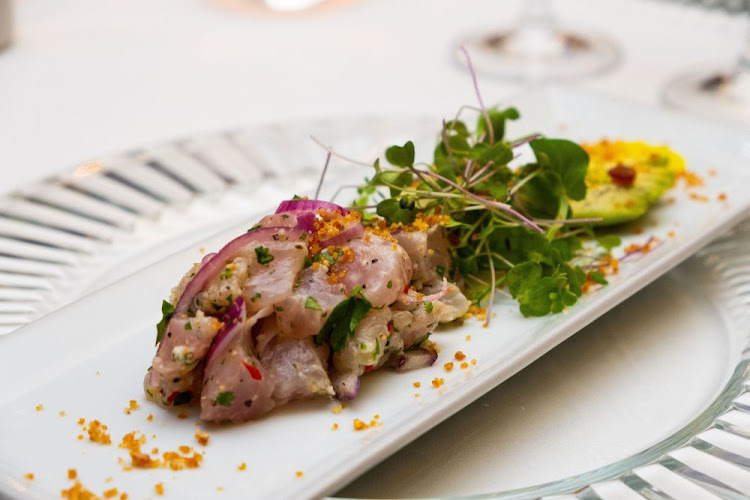 The classy Bay restaurant where so many locals choose to mark their special milestones had something of its own to celebrate this past week – a glowing first decade in the business.

Staff at Ginger at the Beach Hotel pulled out all the stops for the snazzy shindig, roping in renowned winemaker David Nieuwoudt for a superb pairing dinner prepared by outgoing chef Tim Walker and attended by the who’s who of Port Elizabeth.

Guests quaffed oysters and copious amounts of Cederberg Blanc de Blancs Brut on the deck before sitting down to course after show-stopping course matched to Nieuwoudt’s personal choice of wines. 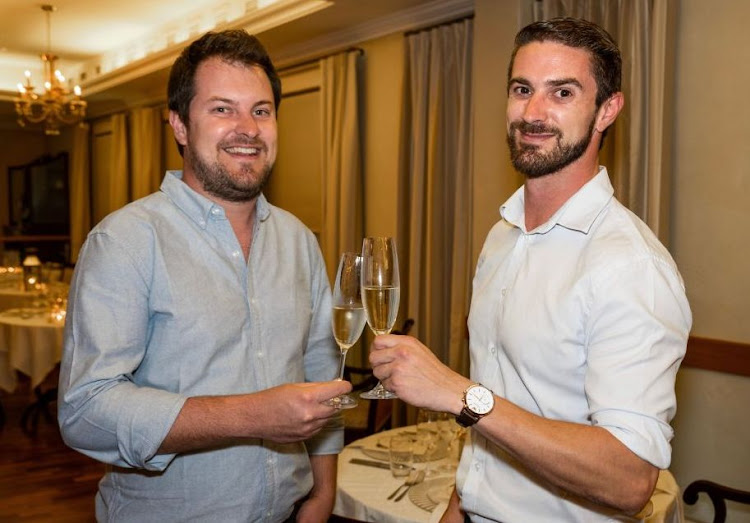 The Beach Hotel has undergone many transformations over the years, says GM Jacques Lombard, a member of the well-known Lombard family who have run this hotel and others in the PE Hotel Group for many years.

When the new conference centre was decided on in the early 2000s, the iconic Bell restaurant for which the Beach Hotel was famous was sadly closed to make way for it.

“It made sense for an exciting new restaurant at the Beach Hotel to offer guests the best view of the bay – in the form of the prime location previously occupied by the Heritage Bar and then vacant Davino’s Liquor Store – and the rest, as they say, is history,” Lombard said.

“The Ginger project” quickly became his baby, with the young Lombard seeing it through from concept stage through to construction, design and eventual opening.

“Watching the concept materialise and building our team was amazing. The passion they had was so rewarding and seeing this carried through 10 years later brings me great pride. There’s no greater personal highlight than seeing your ‘baby’ blossom and thrive,” he added.

“Ginger is a firm favourite when it comes to fine dining in Port Elizabeth, yet it is also a comfortable, warm and welcoming experience.”

Though their many regulars never fail to make the staff’s day, Lombard recalled one particular visit that surely must’ve made their year.

“When John Travolta last visited Port Elizabeth he ordered the same meals at Ginger two nights running. He must have enjoyed it to come back a second night and we all felt that was a great show of our offering.”

Ginger is as known for its consistently good food as for its fine wine list, the best bottles sourced straight from the private cellar of the PE Hotel Group’s legendary MD, Trevor Lombard – Jacques’ father.

Nieuwoudt, Lombard junior said, was the catalyst for the big birthday bash.

“He is my hero among the South African winemakers and I have huge respect for his passion, focus and level of understanding for his life’s work.”

Lombard senior concurred: “David Nieuwoudt has developed Cederberg Wines to the high international standard it is. He has never been afraid to be different – in fact he thrives on it.”

Ginger itself has a reputation for pushing boundaries and this was evident in chef Tim’s unusual pairing of the Longavi Sauvignon Blanc 2015 with a tataki (meat or fish served raw or lightly seared) of Australian Black Angus beef served with an Asian dressing, ginger-and-butter-roasted mushrooms and pickled baby carrots.

For junior and senior this dish was the star of the night, but for many guests it was simply too shocking and unorthodox a pairing.

I confess I adored it, having a real appetite for very rare beef, but even Nieuwoudt had to concede “it was just too raw for the average South African!”.

“It definitely was the most daring combination of the night,” he said. “Ginger was on fire with this great dish – well done on some truly innovative thinking.” 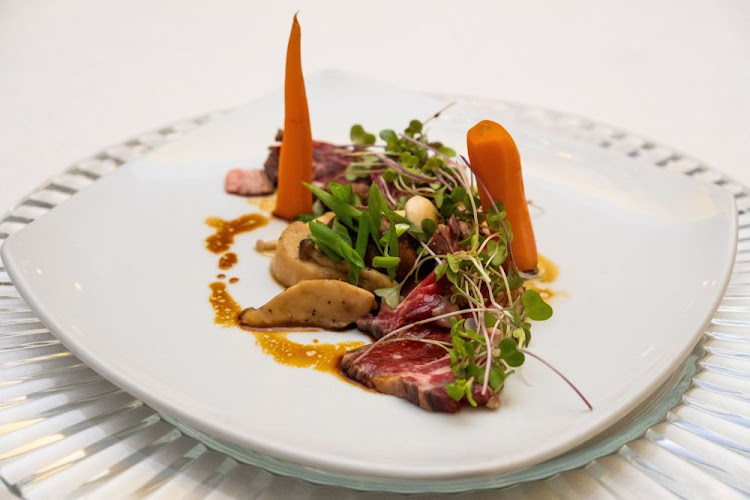 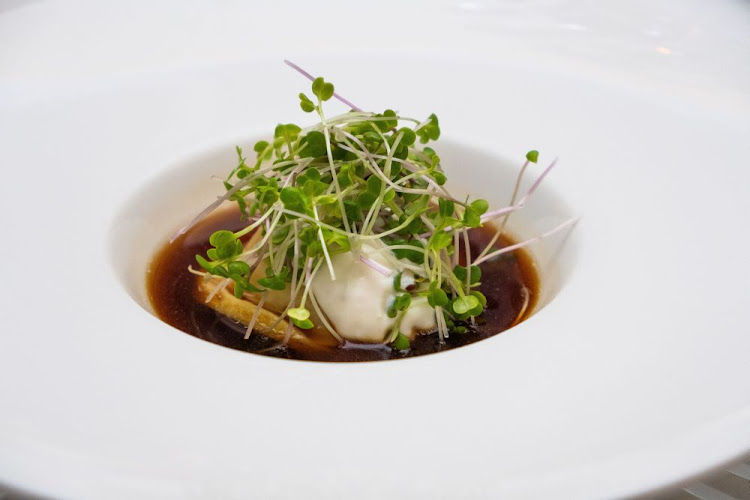 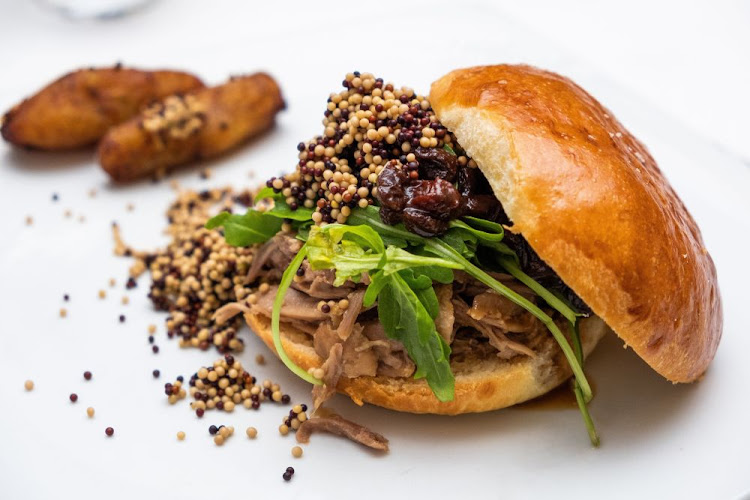 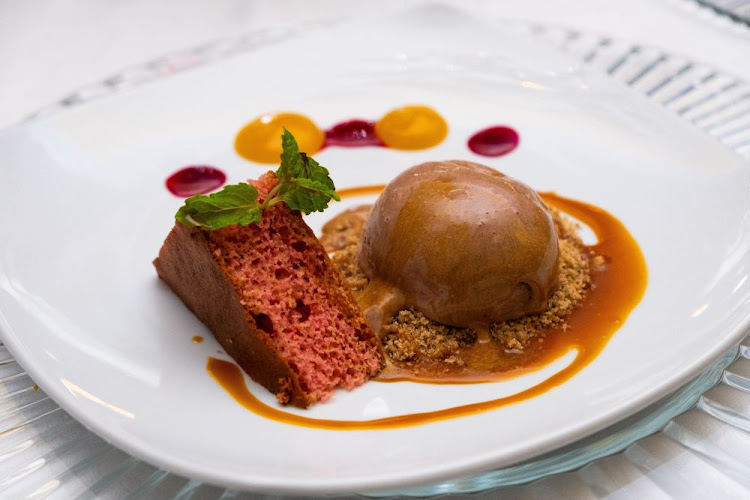 The wine legend added his other top pairing was the Cederberg Ghost Corner Pinot Noir 2016 with the pulled duck slider on brioche bun with raisin and peach chutney and pickled mustard seeds.

“It was just one of those brilliant combinations and the secret was having the wine correctly chilled. We generally drink our reds and especially our pinot noirs too warm.”

Sadly this very memorable dinner was also a swan-song for Tim, who left Ginger and the Beach Hotel last week in order to pursue a position with kinder hours.

“We’ve begun conducting interviews but are going to take our time and be selective [in filling the position],” Lombard jnr said. “Tim was a great asset and his work over the last four years speaks for itself. He will always be part of our family.”