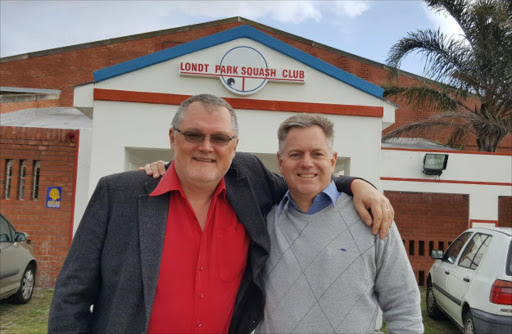 Long-time residents and friends, Gary Hemmings and Trevor Villet, tell us about their neighbourhood Fernglen

For 46 years, the placid, middle-class suburb of Fernglen has been a nursery for an enduring friendship between residents, Gary Hemmings, Centrestage, and Trevor Villet, general manager, Williams Hunt.

“In our formative years, before security fences and social media, Trevor’s Thames Road house, where his parents still live today, was connected in the corner of the backyard by ladders bridging our adjacent Belfast Drive property,” Gary says.

Trevor adds, “Our friendship, harking back almost five decades, is one of many born in this area. Taking a walk through the beautiful bush area surrounds which form part of the Guinea Fowl Trail, it’s reassuring to take in places that still haven’t really changed.”

The two spent much of their carefree young lives exploring Fernglen on their bicycles.

“While Ford deserted the motor dependent city, and the Nationalists and the Progressive Federal Party supporters were slugging it out, we were lighting fires, climbing trees, ramping over bush-terrain BMX tracks and foraging for treasures among the building sites which later became the Londt Park Squash Club and the Villa Glen townhouse complex,” Gary says.

Trevor says Fernglen has always been a neighbourhood where people stay into old age.

He also remembers having a more social upbringing than children have today. He says when he was young, blocks of neighbours would get together regularly to enjoy braais and parties, with the kids of a dozen families sometimes playing together.

“Siblings were brought up in the old style to become pioneers locally with goals of bettering themselves.”

There’s still a lot of natural bush in the area, which is unlikely ever to turn residential.

“Delineating Fernglen from Sunridge Park are tributaries of the Baakens River, home to colonies of tadpoles, lizards, crabs and snakes. Some of these had their lives tragically shortened as we dragged them away to become residents of temporary concentration camp menageries – a great source of entertainment for us in those days,” Gary says with a chuckle.

Fernglen remains a safe suburb to this day. There is relatively little traffic in the heart of the area because the main thoroughfare is nearby Cape Road.

In later years, Trevor was involved in the establishment of the Fernglen I-Patrol car policing initiative sponsored by GM and Williams Hunt. This reduced crime in the area and continues to do so.

When Gary was a child, his family moved from Belfast Drive to a house on Stella Londt Drive, which, unbeknown to them at the time, overlooked the construction of what became the Gillon Road house where he now lives with his own family.

Trevor bought a house in Glenelg Road 20 years ago and has lived there ever since. His townhouse in the Villa Glen complex has appreciated well when compared to equivalent homes in the same price bracket. This is a strong indicator that properties in the area will continue to increase in value, especially as more properties are renovated.

Although the houses are generally older, Fernglen is a fairly central niche area that is more attractive than the outskirts of PE, Trevor says.

“Fernglen is a fairly sought-after place to stay and has shown good comparative growth, driven by the relative scarcity of properties which come up for sale in this area,” he said.

Fernglen was originally part of a farm owned by 1820 settler John Parkin. It was sold to WE Lund in 1930 when Fernglen was first developed.

GARY’S FAVOURITE PLACES TO EAT NEARBY

Cafe Capellini: for fantastic pizza and a great ambience

The Guinea Fowl Trail: for hikes in beautiful natural surroundings