Get ready for Rock Fest 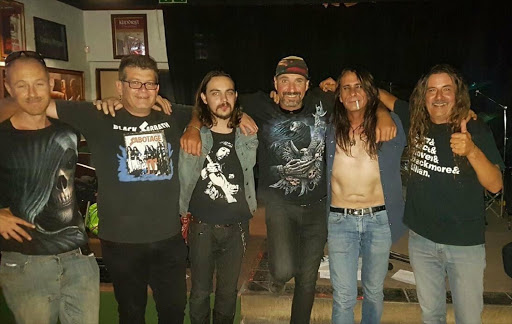 Port Elizabeth music lovers are in for a rocking night as Eddie Macs@VP will be hosting the Eddie Mac’s Rock Fest 3 at their sports club and restaurant in South End tomorrow.

The festival kicks off at 3pm and is expected to continue until late.

For a R50 ticket, rock ’n roll fans will be able to sample the talent of many of PE’s top rock bands.

“This is definitely going to be one of the highlights of the calendar this year,” Eddie Macs@VP owner Eddie Falconer said. “Where else can you see eight top-notch live bands for only R50?

“We are looking forward to presenting the best collection of musical talent to PE crowds.

“This is undoubtedly the highest level of rock we’ve seen in years.”

“We can promise this is going to be a big show. It is not often you get to experience so many big bands in one venue,” Marais said.

Gouws said a festival of this type was long overdue in the city.

“So we are looking forward to the same kind of success this year with the revival of the festival.

“The music scene in PE has always been a close-knit community.

“We saw this as an opportunity for bands in our town to unite and celebrate one another’s talents,” Marais said.

“This is something we want to continue on a yearly basis so we encourage all music fans in PE to come out and support these bands.”

“We are always focused on bridging the gap between the older fans of this style of music and introducing the younger generation to a sound of the past.”

Apart from the various food and drinks specials that will be running on the day, there will also be a R5 000 holiday voucher to be won, as well as lucky-draw hampers up for grabs.

Tickets will be available at the door on the night.