Emma out of The Voice 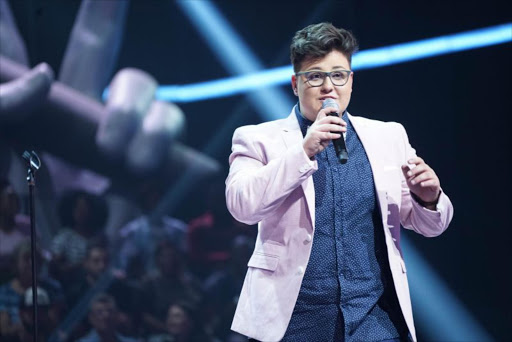 Former Port Elizabeth singer Emma Ellis will be back in the Bay this weekend to perform at the Local is Lekker show at the PE Opera House after she was booted off singing competition The Voice SA.

In the final pairing of coach Karen Zoid’s Knock-Out rounds the Afrikaans rock muscian paired Ellis, 23, against praise and worship leader PJ Pretorius, 23, from Secunda and ultimately chose Pretorius to go to the next round of the singing competition-the Live rounds.

Emma stepped up first with her stripped down version of Justin Bieber’s Sorry.

Zoid said she put these two talents up against each other in that round because they were “both sensitive souls who battle with insecurity”.

In rehearsals, Ellis struggled with connecting lyrically with the song but managed to overcome those complicated issues in her final performance.

“Looking back I probably would have chosen a song more in my comfort zone, a song more upbeat but I thought it was a great opportunity to do something different,” Ellis said.

Currently based in Pretoria, Ellis said she moved to Gauteng about two months ago and admitted “it was a bummer I fell out of the competition”.

Even though she no longer stands a chance of winning The Voice SA, Ellis said she was excited about the next step.

“I moved to Pretoria to focus full-time on my music and writing. The Voice was an awesome experience and I learnt a lot but not only about the music but about myself, life and how the industry works,” she said.

Looking at who was left in the competition, Ellis jokingly said she would “obviously” like a member of team Karen to take the title but added because of the close connection she had formed with Craig Lucas, she hoped he would win The Voice SA.

“We can’t wait to see how they will fare when they have to wow their coaches and the voting public during the exhilarating, but also nerve wracking live broadcasts,” Lombard said.

The live shows start on Sunday, May 21.

Singer Alex Cavan on Team Bobby is the last remaining PE contestant to see if he is going to the next round of The Voice SA or not.