Your Will could end up costing your family a fortune! 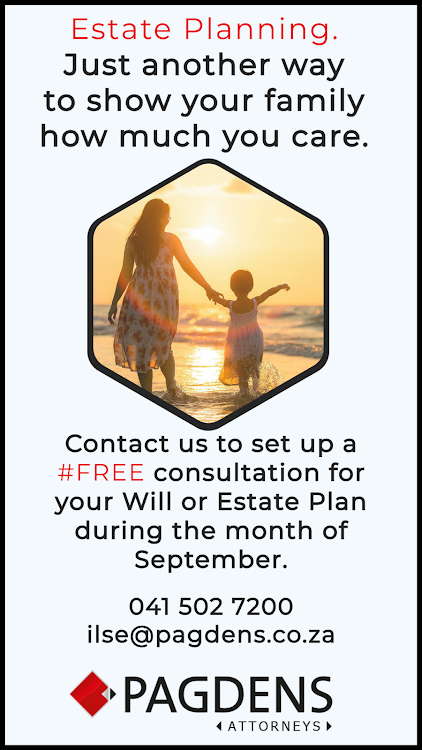 When you hear Estate Planning, you may think it only applies to the rich or the lottery winners. However, anyone who has an estate, including life policies and retirement annuities, of between R3m and R15m stands to benefit a lot from Estate Planning.

To emphasise the kind of saving you can make, we have listed a mere seven of the many examples of savings we at Pagdens have made, or are able to make for clients. The savings are not necessarily only on your death, but can also be savings for the whole family in the years after your death.

All of these savings were made because the family asked the right person with the right experience to consider how best to plan their estate or wind up the estate of their loved one.

Although everyone’s circumstances are unique and some families require more planning than others, expert knowledge could make a big difference to your family! A 'standard' online will may seem simple and convenient but without the correct advice, it could cost your family a fortune.

Contact Pagdens to arrange an appointment with one of our attorneys so that you can make sure that you have the correct plan in place and rest knowing your family has been well looked after.

At Pagdens, we have vast experience in winding up estates and two attorneys in our team have completed advanced courses in Estate Planning. For the month of September we are offering you a free consultation with an experienced estate planner to consider your unique circumstances and advise you on the best way to approach your Will and Estate Plan.

Contact us at 041 5027200 or email nicole@pagdens.co.za for more information. Your family will thank you!

This article is for general information should not be used or relied on as legal or other professional advice. No liability can be accepted for any errors or omissions nor for any loss or damage arising from reliance upon any information herein. Always contact an attorney for specific and detailed advice. Errors and omissions excepted (E&OE)

This article was paid for by Pagdens