Bringing hope to children with epilepsy in the Eastern Cape 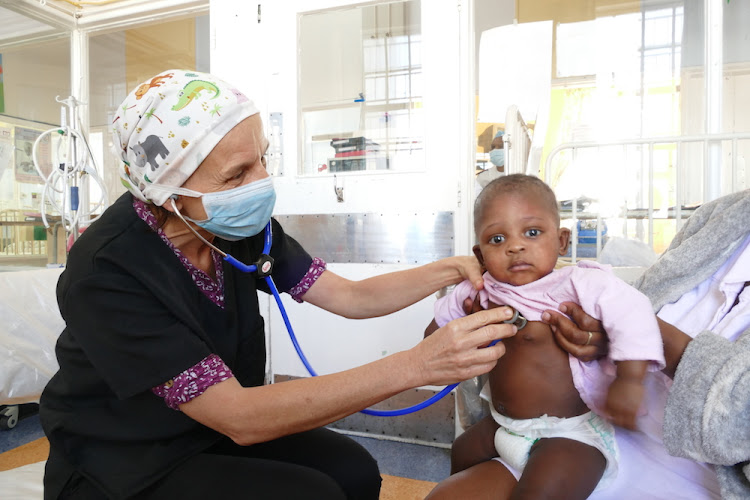 Dr Isabel Michaelis says there is a great need for more research and education about epilepsy in children, especially in the Eastern Cape.
Image: Supplied/Discovery Foundation

Dr Isabel Michaelis, like many other paediatricians, knew early on that caring for children was what she wanted to do with her life. Her father was a professor in neurodevelopmental medicine at a German university.

“During my studies, I enjoyed paediatrics the most. I worked in paediatric surgery and orthopaedics, but I was fascinated by the neurology and the neurodevelopmental part of this field,” says Michaelis.

One of her mentors is a recently retired paediatrician and world-renowned TB researcher professor Nulda Beyers, who worked with her at Tygerberg Hospital. Before she retired, Beyers was a senior specialist and professor in the department of paediatrics and child health at Stellenbosch University.

A paediatrician deals with two patients

“What makes paediatrics challenging is that you’re dealing with two patients: the child and the parent. It’s an interdisciplinary field, as looking at the lifestyle of the whole family is crucial in treating many childhood diseases.”

Michaelis has received a Discovery Foundation Award to study the epidemiology of epilepsies in children at Frere and Cecilia Makiwane hospitals in East London.

The 52-year-old was born in Germany into a family of doctors. She did her medical training in Germany and France. While studying, she met her husband, Abraham Olivier, a South African who was doing his PhD in philosophy at the same university. They moved to SA permanently in 2007.

In 2009, she started working at Frere Hospital in East London and realised epilepsy and neurodevelopmental delay were common in that region.

Epilepsy still considered a curse by some

“In my research, I also noticed the children were not always treated adequately for these neurological conditions, as it was still sometimes considered a curse in the community and one that should be treated with traditional medicine.

“There is also a lack of expertise in many healthcare facilities in the province when it comes to treating epilepsy and seizures in children. As both of these can be difficult to distinguish from other non-epileptic episodes, it’s sometimes difficult for healthcare workers to make the right diagnosis.”

She says there is a great need for more research and education about epilepsy in children, especially in the Eastern Cape, where the incidence of epilepsy is higher than in many other parts of the world.

What puzzles her even more is that there does not seem to be a genetic component to this. She says there is limited antenatal and perinatal care, especially in the rural areas. So, when complications arise, the necessary medical expertise is not always at hand.

“This contributes to the high incidence of neurological problems, such as epilepsy. The prevalence of infectious and parasitic conditions is also a factor, as is head traumas.”

Michaelis speaks highly of the Paediatric Epilepsy Training course, originally an initiative of the British Paediatric Neurology Association. It's a one-day course aimed at improving practice when dealing with childhood epilepsies and is suitable for all health professionals who provide primary or secondary level care for children with epilepsy. But the training is not always possible.

“Frere Hospital is a well-equipped hospital with very competent staff, but this area of paediatrics has few specially trained allied health workers to really make a difference to the lives of children living with these conditions. That has the potential to be very disabling.”