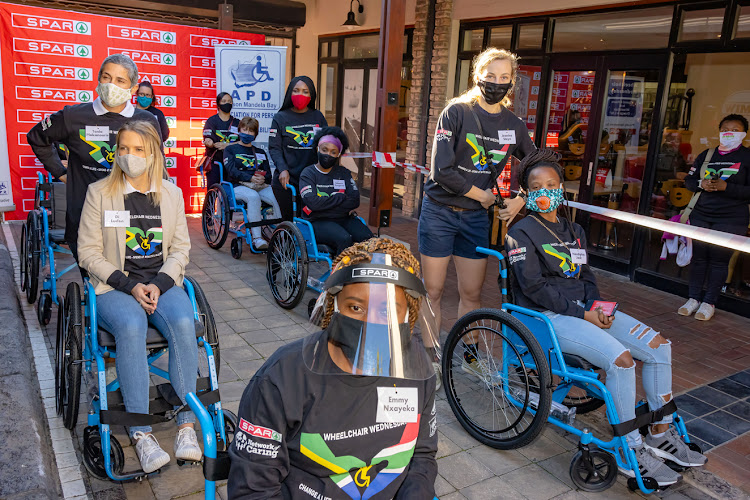 SPAR Eastern Cape once more threw its weight behind the annual Wheelchair Wednesday campaign at its official launch on Mandela Day.

The Association for Persons with Physical Disabilities Nelson Mandela Bay, which runs the initiative, announced that the ninth year of the initiative will take place over five Wednesdays in September.

After the function, which took place at SUPERSPAR Sunridge, SPAR EC managing director Angelo Swartz and several local sports personalities spent 67 minutes in a wheelchair to experience the daily challenges faced by those with impaired mobility.

SPAR Madibaz netball stars Nandipha Jack and Jeannie Steyn, who is a national squad member for the 2023 World Cup, were among the volunteers who donated their time.

The entertainment was provided by Centrestage and the day started with a stirring rendition of The Crossing in recognition of Johnny Clegg, who had died exactly a year earlier.

Once the formalities were taken care of by APD executive director Cecilia Fourie and SPAR EC sponsorship and events manager Alan Stapleton, the volunteers set off to perform various tasks while in their wheelchairs.

Using R500 SPAR vouchers, they had to shop for selected items, visit the centre’s public toilets and draw money from an ATM. They then had to transfer their purchases to their cars and fit the wheelchairs in the boots.

All the groceries were donated to Cheshire Home Cleary Park.

Stapleton warned the volunteers of the difficulties they would encounter but added that the experience would change their lives.

“When you walk away at 11am, your minds, your eyes and your view of life will have changed, guaranteed. You will have realised just how difficult life is in a wheelchair.”

After completing the tasks, his views were confirmed by Jack.

“I have learnt so much today,” said the Madibaz netball player, “especially about always being considerate to those in wheelchairs, to be helpful and to be aware of the difficulties they face.

“Tasks such as using the bathroom showed what challenges they face because these should be so much bigger. It has been eye-opening and life-changing.”

He said it could take up to two years to be allocated a government wheelchair and Wheelchair Wednesday short-circuited the process.

“It will give you a different outlook on life, but you will know that you have made a difference to someone’s life when APD donates a further 200 wheelchairs to those in need.”

Article paid for by SPAR  EC 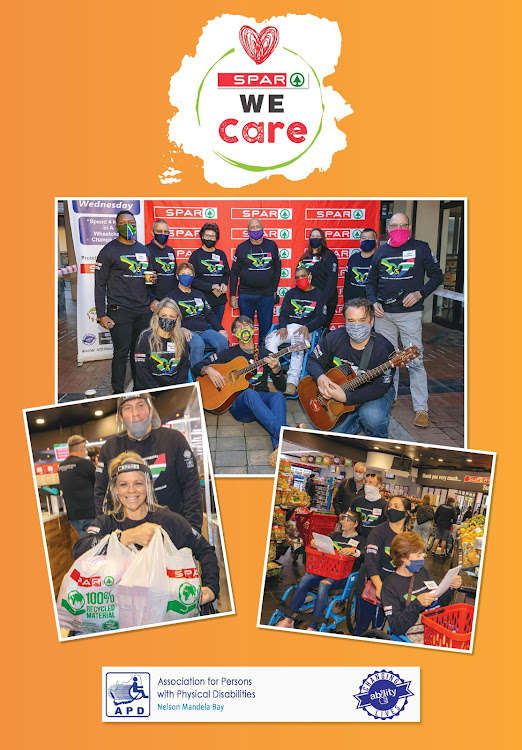