Gogos on the go in Kwazakhele 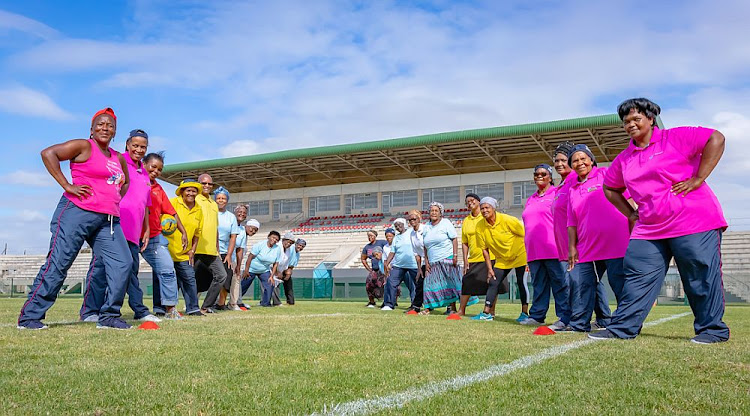 A group of active gogos are burning up the streets of Kwazakhele and other Port Elizabeth townships with their Amazing Elderly and Youth Development outdoor keep-fit classes.

The gogos on the go are led by former primary school teacher Landezwa Luvuno with the assistance of volunteer coaches like Ntombembini Rosey Silathsha who show them how to run, play catch, kick a ball and more.

What’s more, their fitness regimen is giving age and lifestyle-related conditions such as diabetes, high blood pressure and cholesterol, a kick in the pants as they report better health and a renewed sense of vigour.

“This is my calling and it is also my joy, it is my lifetime’s legacy,” says Landezwa, who started the informal programme in 2013 with a few friends in Ward 18. They have now rolled it out to other areas such as Zwide, Joe Slovo and Veeplaas, and given birth to other clubs with more than 100 members.

The Siyazama Elderly and Youth Development club, for example, is based around Makwela Street while the Ekhuseni Lathi Caphailanga Golden Age come from another part of the suburb and Sunshine is in Ward 19. 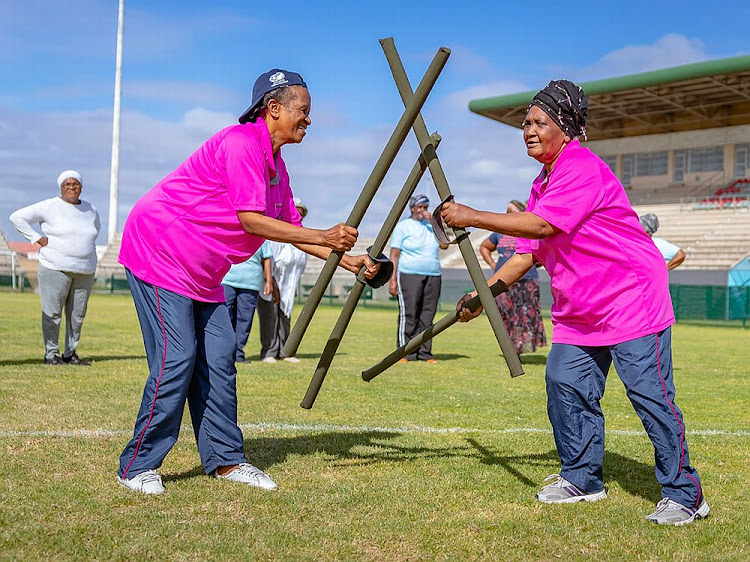 “There are clubs all over because we want to be fit!” says 71-year-old Nomaitaly Silo of Golden Age.

Nomsa Mbuqe, 56, is one of the “youngsters” in the Amazing group and has been assisting since 2015. Nomsa stays in Qaqawule in New Brighton and is urging women in that area to contact her if they would like to join a new keep-fit club.

“I like sport because it keeps me young and healthy, and I motivate the youngsters,” she says.

Rosie Witbooi, 71, belongs to Golden Age which meets up with the main group to take part in joint fitness sessions at 9am near the Wolfson Stadium.

“I am grateful for the club. We don’t just play pass the ball, we also play netball, and we kick the ball.”

I want elderly people to be able to get up in the morning and have something to look forward to.

At 89 years old, Ellen Lolibale is one of the oldest members although she moves with the energy of a much younger woman.

“I like to be active, it’s nice and the exercises keeps me fresh,” she said.

More than just a keep-fit club, Landezwa sees the Amazing Elderly and Youth Development club as a tool to empower members and boost confidence.

“An elderly person needs to be loved, respected, and cared for. I have seen that elderly women are made nannies for their grandchildren while parents are enjoying themselves at taverns.

“I want elderly people to be able to get up in the morning and have something to look forward to.”

She has seen a positive change in many lives, including her own as she was a victim of domestic violence.

“Some women were abused emotionally and physically before they came here but now they know there is a place called Amazing where they can release their stress.”

Landezwa also wants members to value their cultural heritage and alongside more gentle forms of exercise, if offers the traditional sport of stick-fighting.

“I want to expose more people to these indigenous games.

[The clubs are] a good thing to promote the elderly

Coach Silathsha is at 41 just a youngster in comparison and says, “I am just helping the gogos, they deserve our help because they are not complaining.”

The sessions are not restricted to women although only one man, Ntobeko Ndayi, has braved the activities so far.

“Yes, I am the only man but it’s a good thing to promote the elderly,” Ntobeko said. “So many people show no interest.

“I once cracked a joke that if we can bring a case of beer or a bottle of brandy and invite the men, they will come!”

Besides sport, the women also do sewing and beadwork and they would love to have access to a multipurpose venue which they could use as a clubhouse.

Ideally, they would like to be able to gym in any weather, take a shower, and then also do other activities.

And their name? Even though most members are indeed “Amazing Elderly”, at one stage the club also used to offer pantsula dance classes to the “Youth”. 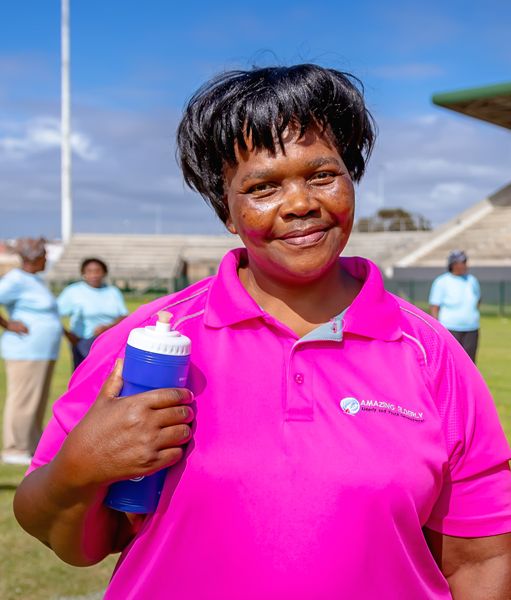 The Amazing Elderly and Youth Development club is not Landezwa’s first initiative to help others.

She was nominated for The Herald Citizen of the Year in 2006 in the sport and community service category for establishing a soup kitchen and a home-based care organisation.

Landezwa inspired several other women who at the time, like her, were unemployed, to join her and set up a group to help more than 100 elderly people, orphans and HIV/Aids sufferers.

Then living in Motherwell NU11 she is now bringing that same caring spirit to her new home in Kwazakhele.