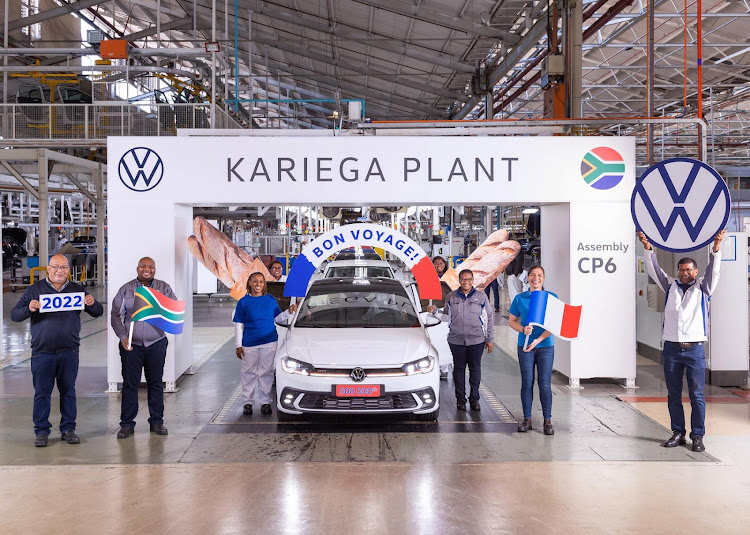 VWSA celebrates another milestone with the Polo range. Picture: SUPPLIED

Less than five years since the launch of the current Polo model, Volkswagen Group SA (VWSA) celebrated the half-million mark of the vehicle being built in Kariega.

The 500,000th unit recently rolled off the production line at the Kariega plant. This milestone follows about four-and-a-half years after the launch of the Polo in January 2018 and a few months after the facelifted Polo was introduced to the local market at the start of 2022.

This special vehicle, a white left-hand drive GTI which will be exported to France, also marked the 4,202,260th vehicle built at the Kariega plant to date — which means the current Polo model accounts for almost 12% of all vehicles built there since 1948.

This milestone follows on the heels of VWSA celebrating the one-millionth Polo built for export in May this year. VWSA now exports the Polo built in Kariega to 38 countries, building the vehicle for all right-hand drive markets and supplementing production for left-hand drive markets. The Kariega plant is also the sole manufacturer worldwide of the Polo GTI.

“As VWSA is one of only two plants worldwide building this vehicle, we are proud to achieve the half-million mark,” said Ulrich Schwabe,production director at VWSA.

“Despite difficult circumstances in the industry and the global community, the VWSA family has persevered to bring us this milestone. Just as we faced the challenges as a team, we will celebrate this achievement — and many more to follow — as a team.”