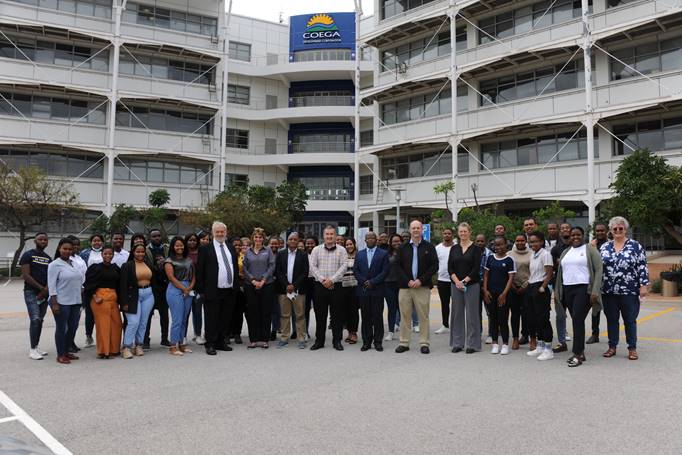 RARING TO GO: The 50 newly inducted interns with the project team at the Coega Development Corporation headquarters in Gqeberha
Image: Supplied

The Coega Development Corporation (CDC) has completed the induction of 50 young people from the Eastern Cape for an eight-month information communications technology internship.

The programme will start in January.

It is funded by the Media, Information and Communication Technologies Sector Education and Training Authority (MICT SETA) and facilitated by the corporation, Nelson Mandela University (NMU) and Amandla Obunye.

According to the CDC programme manager for human capital solutions, Craig Luckman, it is the first time they will be rolling out an ICT internship of this magnitude..

The corporation partnered with the NMU School of ICT to ensure that the interns received the technical guidance they needed during the programme.

Media, Information and Communication Technologies SETA regional manager Andile Nene said it was the beginning of a strong partnership between the SETA and Coega, which had been generous in subsidising the SETA’s stipend for all candidates.

“The world is moving into new technologies and occupations are slowly changing.

“As a result, we need to train as many young people as we can and think about reskilling our workforce for the future,” Nene said.

Young people are among those hardest hit by unemployment and poverty since the start of the Covid-19 pandemic and unemployment is highest among those aged 15-24, at 64.4%, and 25-34 at 42.9%.

Project sponsor and CDC head of capital, investment and funding Meike Wetsch said the exposure to advanced ICT development work and the best of national and international competence would offer the interns a sound foundation to their career and a distinct advantage in the labour market.

“Not many organisations are able to offer this range and depth of exposure, hence the MICT SETA’s interest in partnering with the CDC,” she said.

A key feature of the programme is that the interns would also engage in a full software development cycle, which  would allow them to showcase their innovation.