Drought, punctuated by recent spells of extreme cold, much greater cause for concern than export holdups 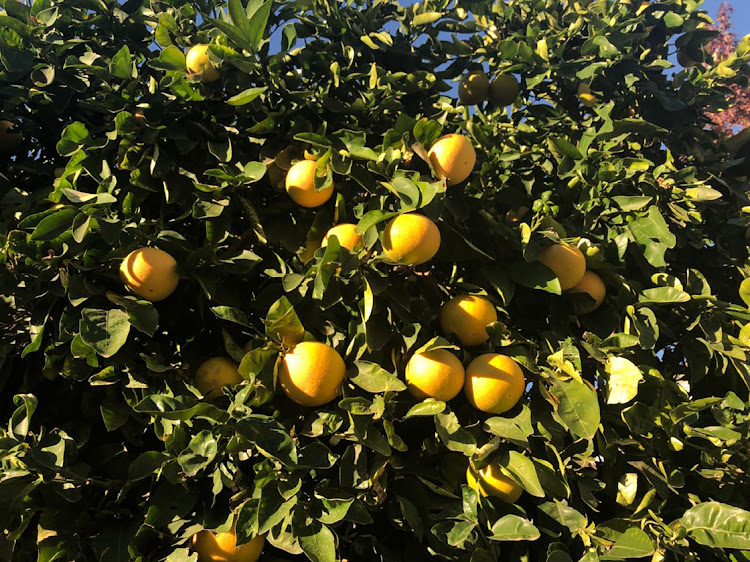 FRUIT FOR AFRICA: Export delays in Durban are just one of numerous concerns facing Eastern Cape citrus producers, but even so a record harvest is expected in 2021
Image: SUPPLIED

While Durban ports are working to make up for the backlog in citrus exports, Eastern Cape citrus producers are forging ahead to maintain fruit production and exports.

Port delays, Covid-19 restrictions and severe drought conditions are just some of the challenges producers face in the Eastern Cape — a region responsible for a quarter of the country’s total citrus exports.

However, delays at port terminals in Durban are expected be resolved within only a few days, according to CEO of the Citrus Growers’ Association of Southern Africa (Cgasa), Justin Chadwick.

“The widespread violence in KwaZulu-Natal did not reach any of our farms or pack houses, and since the N3 and ports in Durban have reopened we have been able to move the fruit waiting in our cold stores.

“Port staff are working around the clock and the backlog will soon be eliminated,” Chadwick said.

He praised the Transnet National Ports Authority and their port terminal staff in Durban for  their readiness and quick action once ports were reopened.

“Luckily none of the port’s infrastructure was damaged, but all its staff were stranded while the violence continued, forcing [the port] to halt operations for everyone’s safety.

“But once they were able to operate again they made an effort to catch up on all delays in export, of which citrus is only a small part, and for that we are grateful.”

Chadwick said Eastern Cape citrus producers, who exported fruit through Durban, were once again able to send fruit abroad and would not likely experience further delays.

Cgasa director in Patensie, Phillip Dempsey, said their biggest delays came when they were unable to supply fruit packaging companies based in KwaZulu-Natal.

“There were obvious some staff shortages and forced closures at pre-packing facilities, so we had to keep some fruit back until it was safe to send them again.

“Regarding direct exports, only a handful of our producers were impacted as their fruit had to reach ships heading to the east.

“Luckily, some of them were relayed to the ports in Gqeberha, and they could still manage to get their fruit out on time,” Dempsey said.

In the Sundays River Valley, Cgasa director Hannes de Waal said threats of violence at farms and their packing facilities never materialised as the community and local taxi associations quickly came to their defence.

“We have very good relationships with the local community and when rumours of possible flare-ups in our region started, leaders within the community quickly put our minds at ease that they will assist.”

Besides the impact the recent violence and Covid-19 have had on global shipping, De Waal said climate remained their biggest challenge.

The drought, punctuated by recent spells of extreme cold, is a much greater cause for concern than export delays.

Dempsey said Patensie and the surrounding region has reached critical water levels as the Kouga dam dipped below 4% earlier this week.

“Our groves are under massive stress.

“Our trees are blooming much earlier than their usual September period and trees should be carrying now are dropping fruit much too soon because of the sudden cold.

“Then there is the added fear that fruit will be much smaller than usual.

“And if we don’t get some real rain in the next two months, I don’t know if we will have anything to harvest next year,” Dempsey said.

Despite the region’s woes, national citrus production could be looking at a record harvest in 2021.

At the current trajectory, cartons exported by the end of 2021 will likely surpass the 150-million in 2020.