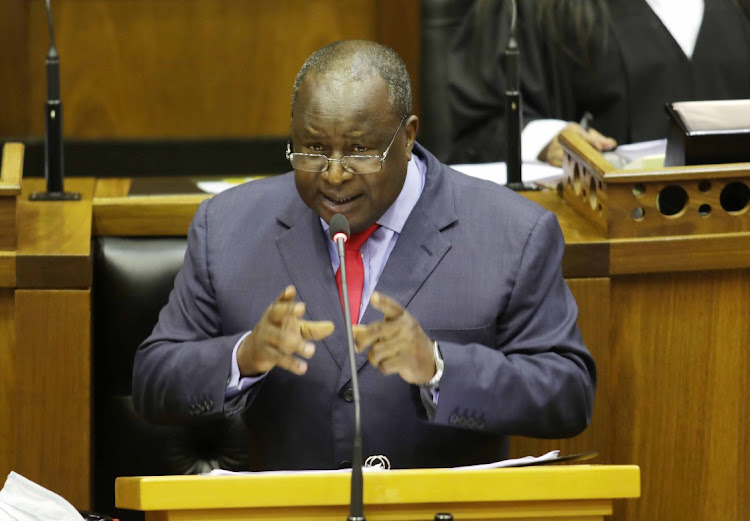 The lion’s share of the Eastern Cape government’s R82.8bn budget for 2021-22 will go towards the social services cluster, which will have R65.6bn to spend.

Finance MEC Mlungisi Mvoko said in his budget speech on Wednesday that 79% of the total budget will be spent in the social sector, notably the departments of education; health; social development; sport, recreation, arts & culture; and safety & liaison.

He said this was in line with the province’s priorities reflected in the provincial development plan, and with its commitment to investing in the apex priorities of health and education.

Apart from outlining the province's budget programmes, the MEC emphasised its fiscal consolidation strategy, its fight against corruption, and improving audit outcomes as key measures to government spending.

“We have been struggling with a service delivery dilemma where over 60% of our budget in the province goes to the wage bill, thus crowding out investment spending.”

Among the initiatives to change the budget split, he highlighted the establishment of the project co-ordinating management team within the office of the premier, mandated to align appointments to core service delivery imperatives.

In line with national government policy, provincial treasury is leading departments in undertaking “zero-based budgeting”, which calls for each line item of expenditure to be justified in each budget cycle. The MEC said this approach had already resulted in savings of R90m.

A significant concern relates to the litigation against the department of health due to staff negligence, which has become a burden that is “compromising government’s ability to deliver services”.

Mvoko said that from a budget point of view, provincial treasury was addressing the financial liquidity challenges within health as part of a multipronged approach to resolving the intractable medicolegal problem.

He said cost containment was also critical in respect of office rental, travel, accommodation and catering.

On corruption, measures were being ramped up to directly attack the scourge and to influence attitudes among public servants.

He said the government would step up its efforts to identify and act against officials conducting business with the state.

In the first quarter of 2020, 585 government officials owned or were directors in private businesses and were registered on government’s central supplier database. By the third quarter this had dropped to 422 public servants, of whom only one was found to have traded with the state.

Treasury and the office of the premier would conduct training in ethics “to inculcate a culture of ethical conduct in departments”.

There had been improvement in departmental audit outcomes as a result of support from treasury.

But the MEC expressed concern that the debtors books for both businesses and households in municipalities across the province were rising at an “alarming rate”.

He called for interventions at political level through awareness campaigns to communities, saying “the survival of municipalities is dependent on payment for services rendered”.

He also flagged recurring poor expenditure on conditional grants by municipalities, saying  “year after year” conditional grants from national departments — meant to be used for roads, water, sanitation and provision of electricity — remain unspent and are returned to the fiscus.

This article was paid for by the Eastern Cape Department of Treasury.