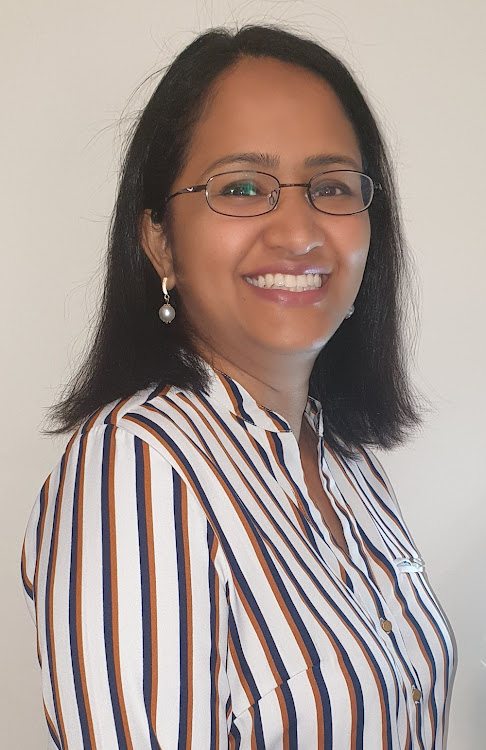 Doctors seldom go anywhere without their cellphones, especially when there are no working pager systems. It can be a life-saving tool of communication in many difficult situations or in rural settings, but paediatric registrar Dr Linbu Thomas wondered if it could also be a source of infection.

Her curiosity made her decide to research the use of ultraviolet (UV) light to disinfect cellphones, instead of the usual alcohol swabs. In an ICU setting, hospital-associated infections can easily spread via doctors’ cellphones when they move from one patient to another.

A family of scientists

Thomas’s journey to being a paediatric registrar at Frere Hospital in East London stretched over three continents.

Her family had lived in India and Kenya, before settling in Port Edward in SA in 1995. Her mother was a science teacher and her father taught biology. She matriculated at Port Shepstone High School. Her love of science, a desire to help people, and a fascination with the complexity of the human body, contributed to her deciding to study medicine. She graduated as a doctor from the University of the Free State in 2006.

“It was during my community service year that I realised I loved paediatrics. Being part of a team helping each child and their family is a humbling blessing, for which I am grateful every day,” the 36-year-old says.

Thomas married an orthopaedic specialist Dr Koshy Daniel. They live in East London, where she is working in paediatrics as a medical officer.

“My husband came across a device that uses UV light to disinfect cellphones, rather than the 70% alcohol swabs. Many doctors are worried about damaging their phones with the swabs,” says Thomas. “I became interested in doing research on this.”

Empowering women can solve most of the world’s problems

UV light vs microbes in the paediatric ICU

If UV light is able to kill microbes, it would be a better option to use in the paediatric ICU, where there are often harmful organisms. “The cost of doing the research was, however, a problem, as the phones needed to be swabbed constantly, and these swabs had to be sent off to the pathology laboratory for analysis,” she says.

“I attended the Discovery Foundation’s roadshow in East London, and it encouraged me to apply for funding to do this research project as part of my master’s in medicine (MMed).

“I was elated when I received the award, as it will go a long way in covering the costs of the laboratory tests. This new research will show us the best way to disinfect cellphones in a paediatric ICU setting, and could save many lives.”

Discovery Foundation invests R24.5m in training and research of public sector doctors for 2020