This will give country chance to start with clean slate, says former public protector 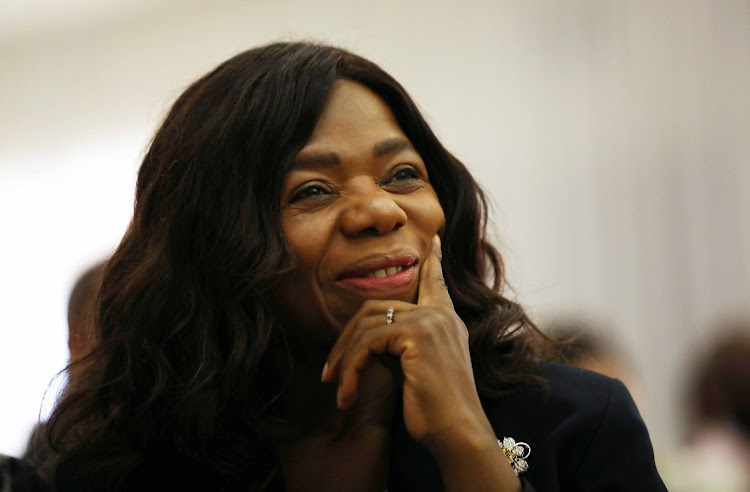 The key to rooting out corruption in SA might just be through a truth and reconciliation commission where those involved in the scourge, which has seen billions of rand siphoned from the fiscus, would confess their unscrupulous behaviour without fear of being prosecuted.

This is according to former public protector Prof Thuli Madonsela, who said on Tuesday offering amnesty to corrupt people would give the country an opportunity to start with a clean slate.

The theme for the summit, a collaborative partnership between the Nelson Mandela University Business School and the MIKS Foundation, is “Leadership skills to navigate economic turbulence and disruption”.

Madonsela said the starting point was to retrain people as some did not know what was permissible and what was not.

“The second thing is to recruit the right people, because if you had no integrity before you had enormous power, you will struggle with integrity when you have enormous power.

“Lastly, to fix the system, because corruption happens where there is improper governance.

“I look at what has happened with Covid-19. Why on earth would you decide, even if you are suspending procedures, why would we suspend tendering or contracting with companies that do that kind of work?

“Why would you go to a laundry, a dry cleaner of a bakery to look for PPE?

“A lot of it has to do with training people and ensuring procedures are in place.

“The other thing we might want to consider is amnesty. I know people don’t like it when I say that.

“It’s the second time I say we might need a truth and reconciliation kind of thing around corruption.

“It’s just so systemic that if people can self-disclose without huge consequences, it will allow us to clean the system,” she said.

Her sentiments come as some people have labelled the truth and reconciliation commission as having been a waste of time and taxpayers’ money, saying little was achieved by it.

In September, premier Oscar Mabuyane said perhap SA should have prioritised justice ahead of reconciliation, noting it was still not too late to do so.

However, Madonsela stressed the need for good ethics and doing the right thing.

“That becomes an ethical dilemma because if you lose your job, your children might have to leave school and they’re in private school.

“You might lose your home and make you family go homeless and you have to make those choices.

“Often people make the kind of choice that is about what they think is avoiding pain.

“The truth is you won’t avoid it, it’s just delayed pain,” she said.

Madonsela recalled how as a young mother with a new car and new house she was offered a deputy director-general (DDG) job at a government department she did not identify.

“The first problem was that I was told straight away that they want a woman and the other woman who had applied didn’t get along with people.

“The second thing was that applications had closed which meant that my coming in would have been fraudulent.

“I would have got that promotion and not only retained my income for my family but increased it,” she said.

She said she would have had to live knowing “I have that skeleton” in her life, and that the people who wanted to fraudulently hire her would have never trusted her as they would forever question what else she was doing wrong.

Madonsela said her detractors who have labelled her as a spy for the US’s CIA, Britain’s MI6 or Israel’s Mossad agency would not have had to “invent skeletons” had she accepted the DDG job.

Earlier, Nelson Mandela University chancellor Dr Geraldine Fraser-Moleketi had stressed the importance of the emergence of strong leadership out of the coronavirus pandemic.

“We need bold leaders, we need courageous leaders, leaders who won’t only harp on the negative but leaders who will bring us hope because communities and peopled need hope,” she said.