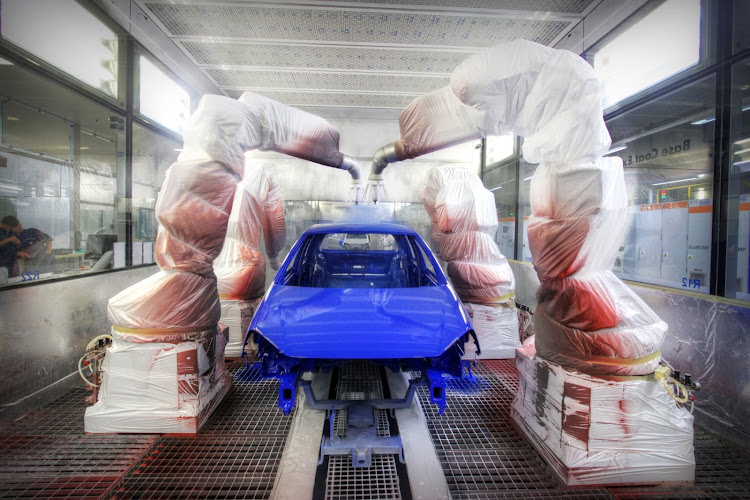 The National Association of Automobile Manufacturers of SA has warned that some of its members who rely heavily on export sales could find their SA operations become unviable without some form of relief from government.
Image: Supplied

SA's car makers have asked the government to reduce taxes on new vehicle purchases as part of a proposed stimulus package for the coronavirus-hit sector, according to a presentation from an industry body seen by Reuters.

The proposal, aimed at boosting local sales of new cars as rising coronavirus cases threaten demand in key export markets, was presented to the government on Monday by the National Association of Automobile Manufacturers of SA (Naamsa), its chief executive Mike Mabasa said.

Naamsa represents global car giants like Nissan and Toyota which produce vehicles in SA, with around 64% marked for export.

Automakers want to lower the tax rate for new vehicles from 42% of the price to between 35% and 38%, Mabasa said.

Removing a tax on carbon dioxide emissions imposed at purchase and reducing an ad valorem levy - a value-based tax on items considered a luxury in SA - could together boost new sales by almost 28,400, Naamsa's presentation showed.

Without this, some Naamsa members who rely heavily on export sales could find their SA operations become unviable, Mabasa warned.

"If the investments car makers are making are not giving them the required return, they will certainly consider leaving the country as a result ," he said.

That would hurt an ambitious 2035 plan to supercharge auto manufacturing in SA, a key element of President Cyril Ramaphosa's attempts to revive growth and bring down unemployment through industrialisation.

The coronavirus crisis is already thought to have put some key aims of the plan out of reach as a lockdown brought the industry to a standstill and both local and global demand collapsed.

The additional demand for new vehicles resulting from the proposed tax cuts would be equivalent to around a month of sales, Mabasa said.

He said Naamsa estimated this could create around 4,000 jobs across the industry. Removing the sales tax would result in an additional R1bn for the country's strained treasury, while the reduction in the ad valorem tax would have a neutral impact as higher sales would offset the lower rate of tax per vehicle, Naamsa estimated.

Car makers also asked the government to set aside a portion of existing coronavirus relief, such as a Covid-19 fund for small businesses, for transport operators to stimulate fleet renewals.