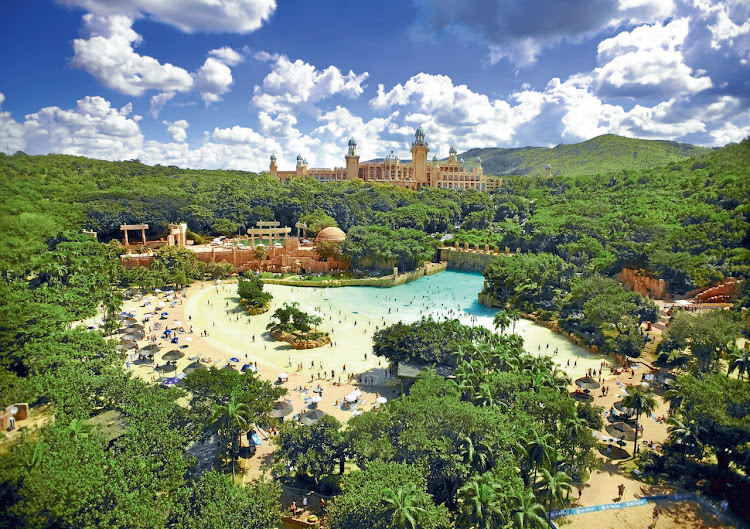 JEWEL IN CROWN: Sun City in North West is a key property in the Sun International portfolio
Image: SUPPLIED

The two largest shareholders of Sun International rejected a R1.5bn bid for a majority stake in the hotel  and casino group from a Chilean company, saying on Thursday that the offer significantly undervalued their company.

Hours after Sun International set out a plan to survive amid economic uncertainty in the Covid-19 world, Nueva Inversiones Pacifico went public with a R22 per share offer for a 50.1% stake on Thursday, valuing the company at just over R3bn.

Sun International CEO Anthony Leeming said the group had already consulted with a number of its largest shareholders, who were in support of the group’s turnaround plan.

Leeming remains sceptical about Nueva’s offer: “They said there is little chance of accepting the offer. Personally, I think there is no chance.”

He said it was unfortunate the nonbinding offer was made public, as it led to share price volatility.

After staging a late-session rally on Wednesday to log its biggest one-day gain in almost a week, Sun International’s share price was down 4.48% to R17.29 in morning trade on Thursday, putting it on track for its worst one-day performance in almost a week.

The group received a R1.5bn offer for a controlling stake from Nueva late on Wednesday, helping the share price of SA’s second-biggest hotel and casino operator stage a late-session rally to close 22% higher — its best performance in almost a week.

Under the partial cash offer, privately held Nueva is bidding R22 per share for a 50.1% stake in the company, plus a bridge loan and commitment to underwrite more than half of Sun International’s planned R1.2bn rights offer.

The proposal is a 22% premium to Sun International’s closing price on Tuesday and is pitched as an alternative to the Johannesburg-based company’s sweeping operational overhaul to withstand the coronavirus-induced economic destruction.

Allan Gray portfolio manager Duncan Artus said if Nueva wanted to buy Sun International’s shares, it could do that on the open market if it could find sellers, but the offer price undervalued the group.

“As such we are not interested in the potential partial offer or selling any shares,”  Artus said.

Value Capital Partners (VCP) CEO Sam Sithole said the offer came with so many terms and conditions it was unlikely it could go ahead, adding that he was sceptical about its sincerity.

“I don’t think this is a serious offer; shareholders of Sun International are well aware of the long-term value of the group,” he said.

“I think this is just a diversion, perhaps trying to take advantage of the group’s depressed share price.”

Sun International said on Thursday it had already received several unsolicited, non-binding proposals from Nueva, but the group had previously “failed to adequately address the concerns consistently raised by Sun International”.