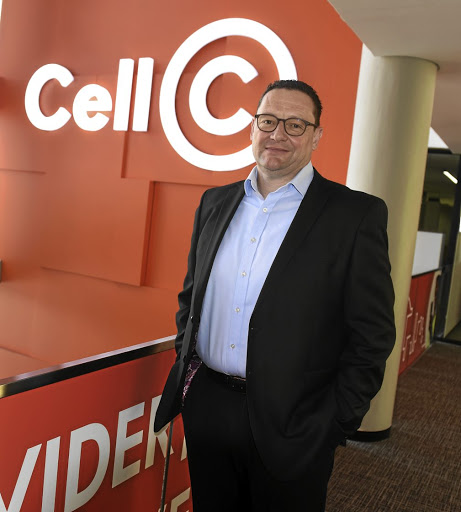 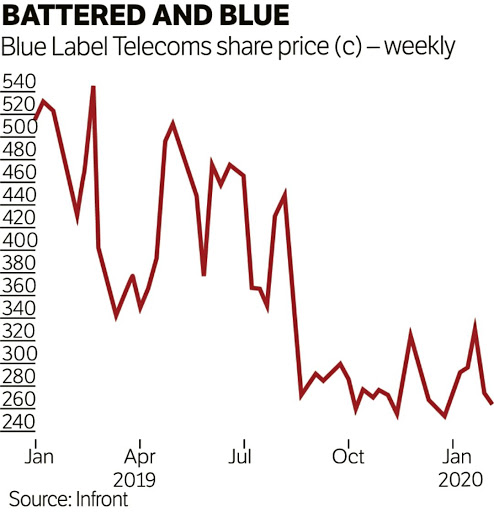 Instead, CEO Douglas Craigie Stevenson says the company now has a real opportunity to address its historical (non) performance.

Cell C failed to pay interest on a $184m (R2.74bn) bond last week, as well as loans and interest to lenders, including Nedbank and the Development Bank of Southern Africa.

While Cell C’s lenders are now entitled to call up the entire debt owed (R8.9bn), the operator says they have not pushed for more debt payments and have held off on taking any action.

AlphaWealth fund manager Keith McLachlan said the default was, if anything, a technical announcement.

But the news left 45% shareholder Blue Label reeling and its shares sank more than 13% on the day of the default announcement, its worst one-day fall in six months.

With a market capitalisation of R2.48bn, Blue Label is worth less than half of what it invested in the operator in 2017.

Blue Label and Net1, which owns 15% of the operator, have written down their combined R7.5bn investment to nil and Blue Label said in January that Cell C’s financial results wouldn’t have any bearing on its earnings.

The perceived threat to this revenue could explain the reaction of its share price.

Blue Label said: “We do not believe any person familiar with the negotiations involving Cell C was expecting Cell C to make any payments until the recap transaction is complete.”

And the company is adamant it will not be responsible for any of Cell C’s debts.

This “recap transaction” has been taking months, and while Cell C might sound chipper, it has yet to clinch a deal with new backers that would bring a cash injection of sorts and a solution to its unsustainable debt.

Craigie Stevenson said: “There has been significant investor interest which validates that there is indeed value in the business.”

This value includes its nearly 16 million subscribers, a distribution network of more than 240 stores countrywide and a strong brand in SA.

Cell C said it made cost cuts of R864m as of September last year.

It said the additional savings should reflect in its financial results, which were expected at the end of February.

It was also re-examining its retail and wholesale pricing, having made changes to its leadership team and frozen the hiring of new staff.

Another pillar of Cell C’s turnaround is a revised network strategy.

In November it negotiated an extended roaming deal with MTN.

If on-again, off-again suitor Telkom were to launch yet another sally at the company, Cell C’s strategy will probably change yet again, but Craigie Stevenson would not comment.

Cell C turned down a takeover bid from Telkom at the end of last year.

That’s despite the positives of a tie-up - combined financial muscle and about 28 million subscribers which may give both operators a fighting chance against Vodacom and MTN.

Still, Craigie Stevenson, said: “Earnings are up, margins are stabilising and there is a ruthless approach to cutting additional costs. A recharged Cell C is being built.” - Financial Mail