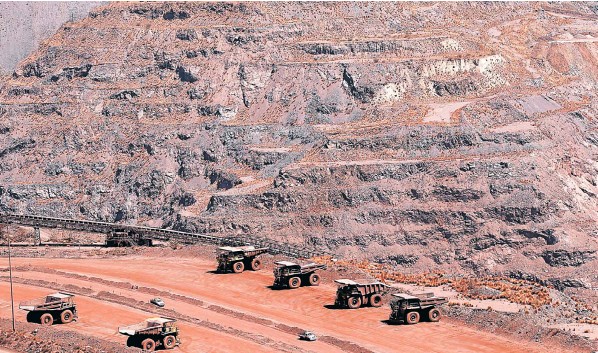 Kumba Iron Ore rewarded shareholders handsomely after more than trebling interim profit due to higher prices for the key ingredient in steel making.

Kumba, which is majority owned by Anglo American, is the largest iron ore miner in SA and Africa.

It reported profit of R13.2bn for the six months to end-June, up from R3.9bn in the same period a year earlier.

Shareholders will receive a dividend of R30.79 a share, which is at the top end of the dividend policy of returning between 50% and 75% of headline earnings.

Headline earnings grew to R10bn from R3bn the year before.

“Kumba delivered an exceptional financial performance in the first half of 2019 by focusing on safe, responsible and efficient production, while achieving optimal value for our premium quality products,” CEO Themba Mkhwanazi said.

Kumba’s free cash flow for the period was R12.7bn as iron ore prices increased by 57%.

Kumba has an advantage that more than two-thirds of its production is a sought-after ore called lumpy, which fetches a premium on the market.

Operationally, however, the interim period was less than ideal, with production falling by 11% to 20-million metric tons because of protracted plant maintenance.

As a result of the difficulties, operating expenses for the interim period increased to R16.4bn, up from R14.3bn a year earlier.

Kumba has kept its sales target intact and will draw down on finished stockpiles.

The full-year target was on track for 43-million to 44-million metric tons.

Its interim sales were flat year on year at slightly more than 21-million metric tons.

Kumba made savings of R460m during the interim period and on track to deliver a target of R700m for the year, Mkhwanazi said.

A feasibility study into an ultra-high dense media separation plant at Sishen is 80% complete and work on the project is expected to start in 2020.

It will tackle low-grade stockpiled ore and deliver a high-grade ore from 2023, adding life to the flagship Sishen mine in the Northern Cape.