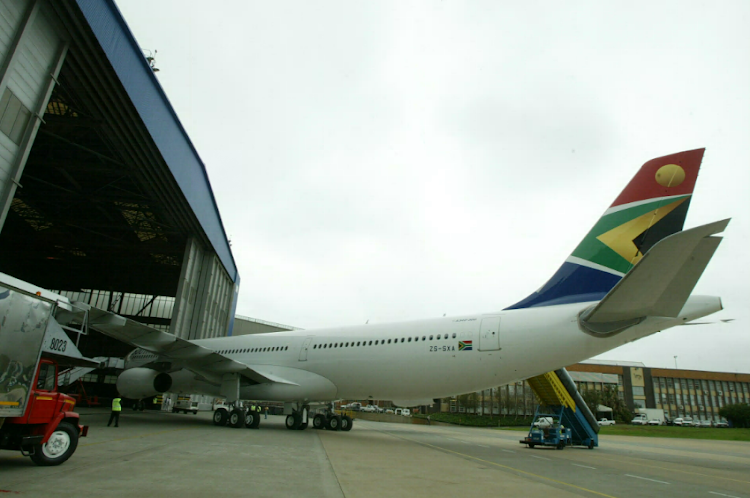 The ailing state-owned South African Airways has been given room to execute a turnaround plan with the aim of returning to profitability in 2021
Image: Sydney Seshibedi / Sunday Times

State-owned SAA has reached an agreement in principle with lenders to roll over R9.2bn of debt, its CEO said on Tuesday, giving him room to execute a turnaround aimed at weaning the airline off government bailouts.

President Cyril Ramaphosa has made a point of supporting ailing state-owned enterprises (SOEs) such as SAA, which survive on government handouts.

SAA, which has not made a profit since 2011, has drawn up a five-year turnaround plan that includes slashing costs and cancelling unprofitable routes as it grapples with cost increases that far outstrip revenue growth.

CEO Vuyani Jarana said at a CAPA aviation summit in Dubai that SAA had reached an agreement in principle about extending the maturities of its R9.2bn debt burden.

The debt had been due at the end of March.

Extending debt maturities for the long term would give the team led by Jarana room to focus on the turnaround plan that has penciled in a return to profitability in 2021.

This forecast is largely dependent on the oil price staying at or below $75 a barrel, and the airline accessing a R4bn injection from the government to fix its capital structure.

As part of the plan, Jarana said SAA was in the process of appointing advisers for the sale of its in-flight catering unit Air Chefs while also looking at turning its no-frills unit, Mango, into a hybrid rather than a pure low-cost carrier.