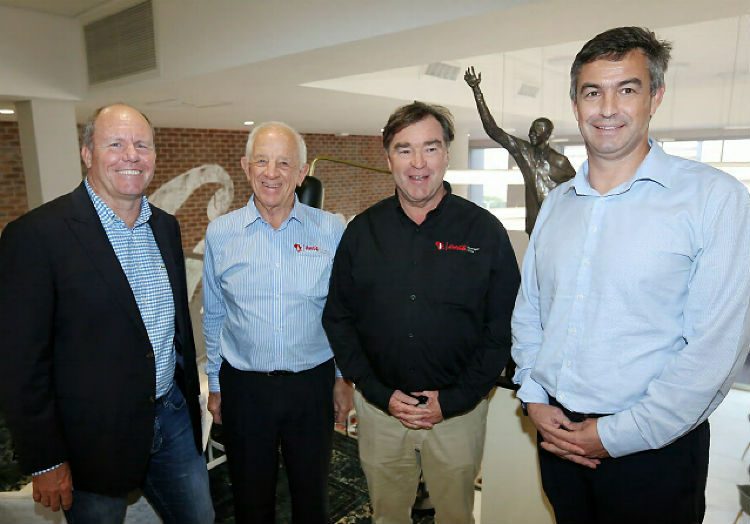 The company’s new headquarters, which now house Africa’s largest Coca-Cola bottler and the seventh largest in the world by revenue, is optimally positioned in a new, purpose-built building in the Waterfront Business Park in Humerail.

That the beverages giant – which bottles an extensive portfolio of products ranging from water to Fanta and its iconic, original Coca-Cola – is headquartered in Port Elizabeth, is a significant nod to the city.

The company boasts a diverse pan-African footprint with more than 30 bottling plants which serve more than 550 000 outlets and a consumer base of more than 249 million people.

Coca-Cola operations employ more than 15 000 people across the continent while the company holds the leading market position across most territories in which it trades in Africa.

These include South Africa, Uganda, Mozambique, Kenya, Namibia, Ghana, Tanzania, Ethiopia and the islands of Mayotte and Comoros.

Accounting for about 40% of all Coca-Cola volumes sold on the continent, the new facility also overlooks a new Coca-Cola billboard erected on the Humerail railway bridge, cementing the company’s presence in the area.

Among a wide range of high-profile guests at yesterday’s opening was prolific Bay businessman and arguably the face of Coca-Cola in the Eastern Cape, Phil Gutsche.

We aspire to be the best Coca-Cola bottler in the world and Africa’s most valuable independent food and beverage company.

The chairman of Coca-Cola Beverages Africa, Gutsche heads Gutsche Family Investments which holds a 34.5% stake in CCBA, while 65.5% is held by The Coca-Cola Company.

“This is certainly a building which is befitting of the CCBA operations and standing as a company,” Gutsche said.

“I am also very pleased that CCBA is headquartered here in Port Elizabeth.

“Port Elizabeth has been an important part of the history of CCBA and we are really proud to be opening this new head office today.

“Its modernity reflects the company’s ambitious growth strategy aligned with The Coca-Cola Company’s 2020 Vision and will be supported through investment in manufacturing, sales, distribution and marketing.”

Gutsche’s links to Coca-Cola go back as far as 1940 and the then SA Bottling Company, which Gutsche subsequently became the sole owner of in 1960.

CCBA chief executive Doug Jackson said: “CCBA is building a successful Coca-Cola bottler in Africa, which means greater shared value for the business and the communities the region serves, and we are optimistic about the future growth of our business on the continent.

“We aspire to be the best Coca-Cola bottler in the world and Africa’s most valuable independent food and beverage company.

“The opening of a new head office is part of creating a first-class working environment for our staff, with a design that truly reflects the ambition of CCBA on the African continent.”