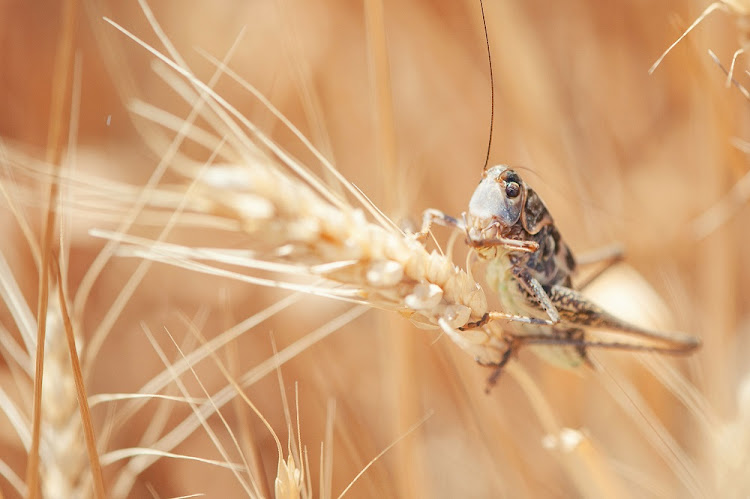 The brown locust outbreak is the worst in decades as continuous widespread rain continues to fall.
Image: Tatiana Zherebtsova/123rf

Minister of agriculture Thoko Didiza on Wednesday revealed that her department had spent more than R80m combating the latest brown locust outbreak that has swept through several provinces, destroying crops.

Didiza said the outbreak, which has hit three provinces since September 2021, was the worst in decades.

Giving an update on the outbreak, Didiza said amid the continuous rain, the wind was also playing a role in migrating the swarms to areas they had never been before, such as the Garden Route in the Western Cape and in citrus farms of Kirkwood and Patensie in the Eastern Cape.

The outbreak, in the Eastern Cape, Northern Cape and Western Cape, has affected the veld, grazing lands, crops, roads, railway lines and towns and residential areas.

“Due to the amount of rain received, the outbreak tends to escalate, and this resulted in the development of new generations one after the other.”

Didiza said ground teams had been appointed to control the locusts in the three provinces. She said 1,200 controllers have been appointed and two helicopters are spraying, mostly in inaccessible areas and where there are huge locust outbreaks.

“To date the department has spent more than R80m and most of the funds have been spend on the procurement of insecticide, spraying pumps, protective clothing, payments to controllers and aerial spraying.”

Didiza said the Western Cape government had contributed R5m to help in the locust control programme.

“They have procured insecticide, protective clothing and spray pumps. The department has established a joint operation committee that meets weekly to discuss locust control issues. The participants include the department, the agricultural research council, the Free State and Eastern, Northern and Western Cape provinces, and organised agriculture.”

The Northern Cape  has  33 districts affected, the Eastern Cape 13 and the Western Cape six.