Heavy rains both blessing and curse for SA’s agricultural sector 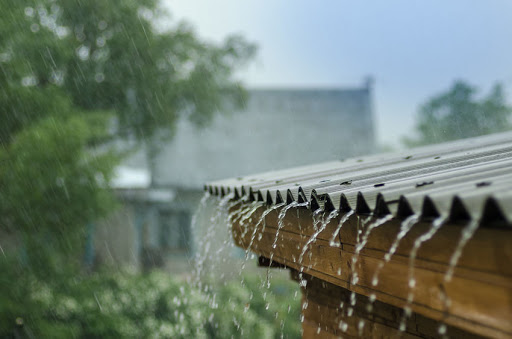 A drive from Pretoria to the Eastern Cape in December always offers an opportunity to assess the country’s agricultural conditions after the first few months of summer season.

During drought, this can be a depressing drive.

This was the case in December 2015, when the long drive from Pretoria to the former Transkei felt like a trip across the Karoo.

But unlike December 2015, this season’s drive was as refreshing as no other season in recent memory.

The vegetation is green and lush from Pretoria all the way to Port St Johns on the Wild Coast.

I still remember my December 2019 drive, where the vegetation across central SA was much drier than in 2020.

But the rains from the end of December 2019 into January 2020 helped improve soil moisture, and farmers completed summer crop planting in the usual area of about four million hectares across the country.

This year the heavy rains since the start of October improved the moisture much faster.

Notably, the 2021/2022 production season follows another wet season, which means soil moisture across the country was at relatively better levels to permit plantings.

But the La Niña rains in 2021 fell much earlier than usual, and more frequent and heavy, hence the vegetation at a distance is green from northern SA to the central and coastal regions.

But this does not mean all is well in SA’s agricultural sector — the heavy rains have been both a blessing and a curse.

From the start of October, the regions that planted early, such as Mpumalanga, eastern areas of the Free State and parts of KwaZulu-Natal, have so far benefited from early rains, and the crop is in good condition.

But the regions whose optimal planting dates are typically from November have struggled with excessive moisture, which somewhat delayed plantings and damaged the early plantings in some areas.

Some of this is visible even in fields between Gauteng and the Free State, where the height of the crop shows both newly and late-planted crops.

Still, since most farmers wouldn’t need to fertilise when they replant, but rather add seed, the current challenge is far better than dryness.

In conversations I had with some farmers, they also noted that the wet conditions delayed the fertiliser spraying process in some crops, which could negatively affect crop yields.

Still, this is not a significant issue at the moment as there are hopes that, if the coming weeks provide a pause, the spraying process could begin.

I did not get to see the western regions of SA, primarily the North West, but it’s the region I hope to visit in January.

So far, the feedback I have received from farmers in this part of the country is that extreme wet conditions and rains are providing challenges for younger crops.

For the livestock industry, the improvement in pasture when feed prices are at higher levels is a welcome development.

The lush green one observes across the country is mainly the pasture for livestock grazing.

Even the typically dry areas such as small towns and farming regions bordering the Free State and Eastern Cape are unusually green and welcoming this year.

The only challenge livestock farmers can expect with wet conditions are for parasites and parasitic diseases to flourish.

It might be the case that this season will have a higher-than-normal demand for parasite remedies and vaccines against diseases like horse sickness, Rift Valley fever, lumpy skin disease, tick-borne gall sickness and heartwater.

Unfortunately, industry role players worry some of these remedies and vaccines might not be available in SA due to the deterioration of the Onderstepoort Biological Products (OBP), a government institution responsible for manufacturing some of these vaccines for livestock.

The livestock role players also need to monitor these diseases and communicate efficiently with the authorities.

In sum, the benefit of the La Niña-induced heavy rains since the start of October is visible with green vegetation across SA, but the agricultural impact of these rains remains mixed.

There are risks to crop yields in excessively wet areas where planting and fertiliser spraying have been delayed.

The communal farmers also suffer the same challenge as some that I have spoken about within the Eastern Cape; they have not been able to attend to crops and cut weeds in weeks, and all this is threatening yields.

The livestock industry stands to benefit, but there are disease risks on the horizon that should be monitored.

Overall, I still believe we are in for another good agricultural season, especially if January presents some warmer temperatures than the past few months.