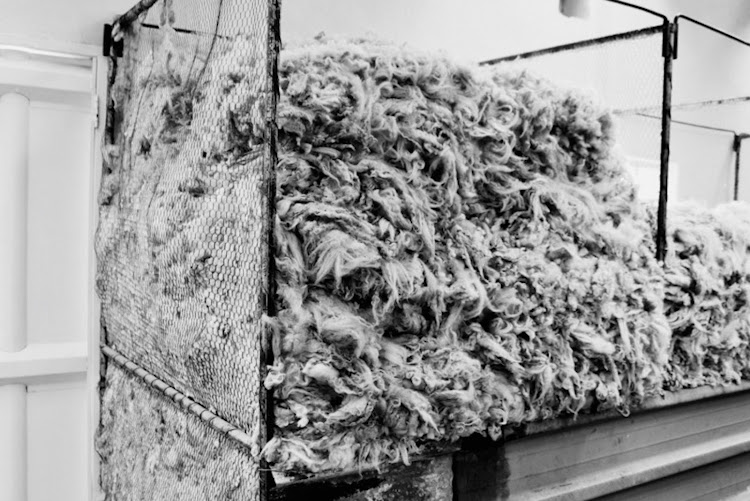 An already tough season for the mohair and wool industry has been made harder due to the nationwide lockdown.
Image: LOUZEL LOMBARD-STEYN

All fibre-related farming practices for wool and mohair producers have been suspended following the national Covid-19 lockdown, leaving Eastern Cape farmers high and dry in the midst of their pre-winter shearing season.

Along with the shearing services, all of Port Elizabeth’s fibre storage facilities are at  a standstill for the lockdown period.

However, following more detailed restrictions in latest the Government Gazette, this could no longer continue, OVK general manager for fibre  Wallie Weeks said.

Shearing teams were removed from the farms with immediate effect.

Some farmers were lucky enough to complete shearing while others will have to wait until the lockdown is over.

Either way, markets for sales and distribution have also been shut down and income from the season’s production will not be gained as per usual.

Farmers have been advised to weigh all mohair and wool that cannot be delivered during the lockdown period and to properly secure the fibre on their farms.

“It’s a Catch 22,”  mohair farmer Anton Nel from the Witmoskloof Farm between Somerset East and Cradock said. He managed to shear most of his goats before the lockdown.

“When the lockdown is over — and that’s not to say it won’t be extended — it will be mid-April and the weather will be much cooler. Vulnerable goats will have to face the harsh winter without any coats.

“On the other hand, if you don’t shear the goats, they might die of exhaustion. The days are as hot as the nights are cold in the Karoo and it’s very difficult for an animal to carry such a heavy fleece.

“The longer the fleece, the weaker the quality of the fibre, and the more likely the chance of animals getting stuck in bushes and dying of exposure.”

Pierre van der Vyver from House of Fibre SA said the crisis has caused yet another unprecedented obstacle for SA fibre producers.

This is coming off a year with multiple foot-and-mouth disease outbreaks, as well as a crippling drought.

“Italy is asking for a 60-day postponement to buy South African fibre. Ultimately, the producers will have to take the blow for this.

“However, considering our current halt in our production, it is better to wait 20 days longer as opposed to having a 20% lag in price,” Van der Vyver said.

“It makes no sense to continue with global auctions if the global market isn’t ready to receive the product.

“As soon as the major Chinese traders start buying fibre from SA, we can expect to see demand — and the producer price — rise.”

The House of Fibre mohair sale set for  April 7 has been postponed, provisionally, to  April 28.

All wool sales have been cancelled until the lockdown is lifted..

Mohair production is a key industry in the Eastern Cape, with about 2.23-million kilos of fibre produced annually by 800 commercial producers.

The industry, which employs about 30,000 people, is estimated at R1.5bn annually. About 5% of mohair is sold locally while 95% is exported, mainly to China.