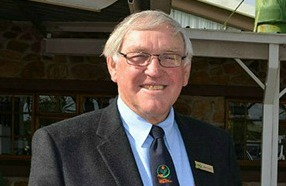 The high court in Makhanda has issued a judgment ordering the Eastern Cape transport department to fix the province's neglected and disintegrating network of rural roads.

The order handed down this week follows nearly four years of litigation by Agri Eastern Cape to force the department, through its most senior officials, to do its duty.

In his judgment on Tuesday, high court judge Nomathamsanqa Beshe said MEC Weziwe Tikana and her director-general, together with the Makana municipality as the three respondents in the matter, had a month to report back on exactly which roads it was going to fix first and by when.

Considering the efforts since 2016 by the Agri Eastern Cape to get the department to fix the roads, Beshe said in her view the organisation had every reason to seek the intervention of the court.

“The respondents have displayed a clear unpreparedness to give effect to the terms of the agreement they concluded with the applicants.”

Focusing on a May 12 2016 ruling on the same matter by judge John Smith, Beshe said it hinged on an understanding that the MEC and her co-respondents would file reports on envisaged steps to be taken to repair roads.

The matter then came before judge Judith Roberson who amplified the ruling with a detailed order.

The MEC chose instead to take the matter to the Supreme Court of Appeal. However shortly before it was heard, following a proposal from the respondents, the matter was settled out of court by means of an agreement, which was signed on May 16 2018, Beshe said.

“What followed are attempts by those representing [Agri EC] to get the respondents to sign the agreement, which came to naught.”

The matter went to court again and when the MEC and her co-respondents still failed to sign the agreement which her own counsel had initiated, the sheriff was authorised to sign the document on their behalf.

When Tikana continued to fail to implement conditions of the agreement, the organisation took the matter back to court to seek a court order.

Granting the application, Beshe ordered the enforcement of the 2016 agreement which states that Agri EC should provide the department with information to help the department to prioritise its repair work, and the department should in turn “give effect to the requirements”.

The MEC and her co-respondents should further “within 30 days ... record and report on all future maintenance to occur in respect of the identified roads and the anticipated dates on which such maintenance shall occur”, the judge said.