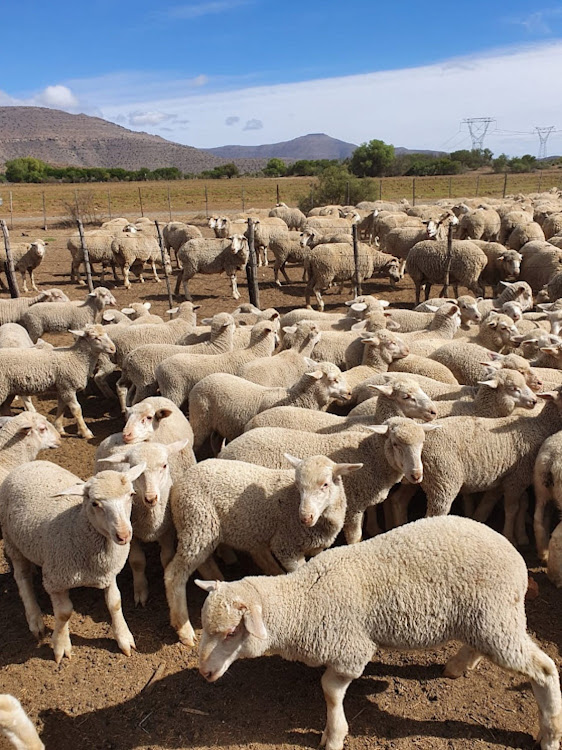 Almost 250 animals have died over a period of a year at five experimental farms run by the Eastern Cape provincial government.
Image: Supplied

Almost 250 animals have died over a period of a year at five experimental farms run by the Eastern Cape provincial government.

The animals, worth a combined R287,500, died during the 2018/2019 financial year, according to rural development and agrarian reform MEC Nomakhosazana Meth.

She was replying to questions posed by DA MPL Retief Odendaal in the Bhisho legislature.

“While this does not necessarily mean livestock are subjected to mistreatment in any way, as one could reasonably expect losses in any farming operation, the excessive number of animals that have perished raises serious concerns about the management of these experimental farms,” Odendaal said.

When contacted for comment on the causes of the deaths, the department’s head of livestock research, Mfundo Macanda, said cases varied on each of the farms.

“We were not negligent. It is issues faced by farmers everywhere,” he said, adding that the five farms had more than 3,500 head of livestock.

Giving examples of some of the deaths, he said stray dogs constantly attacked angora goat calves in Jansenville.

“We border the community and lots of stray dogs manage to get in. The dogs eat the goats,” he said.

Macanda said a number of the deaths could also be attributed to Ovine Johne’s disease at the Cradock farm.

“The disease is on the farm. It happened while we were working on the disease,” he said. “You can’t say it is because of negligence.”

Ovine Johne’s is a chronic wasting disease that usually spreads slowly in an infected herd.

“Most of these deaths have been verified by a vet.”

He said if there was a massive number of deaths in one weekend, this would raise red flags with the department.

“But it is all normal issues when it comes to farming. It is not negligence.”

At the five experimental farms, except for the Mthatha Dam where animals are not kept, livestock range from Nguni cattle and merino sheep to angora and cashmere goats.

These five farms carry out research for new vaccines, genetic evaluations for a DNA bank, and provide training to farmers, among other scientific research, according to Meth.

They also supply or sell genetically superior animals to resource poor farmers through a livestock scheme and auctions.

The Dohne institute in the Amahlathi local municipality suffered the biggest loss with 20 cows and 43 sheep worth R143,000 dying.

This was followed by a R53,000 loss at the Bathurst Research Centre, which saw 11 cows and 19 goats dying.

The deaths come as farmers across the province have been battling a severe drought for years that shows no sign of ending.

The projected losses from livestock production has been calculated at R6.4bn, while yields from grain crops in the province are expected to be down 25%.

About 1,440 commercial farmers, 8,700 smallholder farmers and 55,000 subsistence farmers are affected by the drought.

Odendaal requested the portfolio committee overseeing the farms to demand reports on the operations at the experimental farms, with specific emphasis on the management of livestock.

“Should any form of animal neglect or abuse come to light, the DA will ensure that criminal cases are opened against those individuals responsible,” he said.