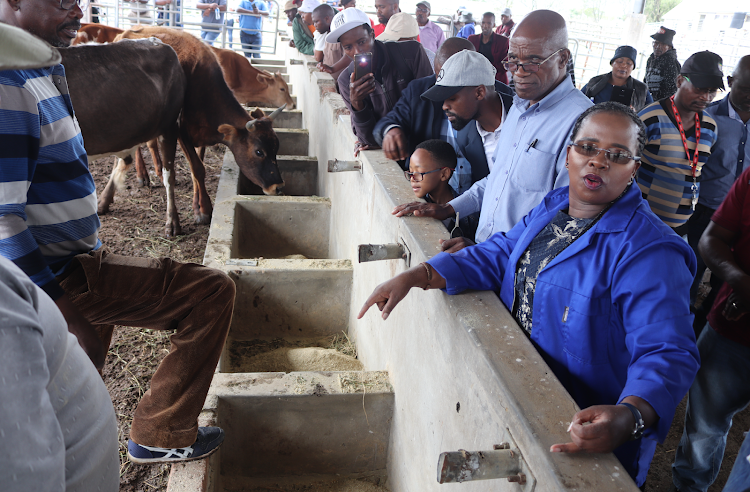 The Eastern Cape remains gripped by one of the most devastating droughts in years, which continues to severely affect agricultural production in the province, affecting the provincial economy.

The province is the “worst hit” by the persistent drought, human settlements, water & sanitation minister Lindiwe Sisulu said on Monday.

Having been declared a disaster area, the province qualifies to receive millions of rand of government support in the form of drought relief programmes.

MEC for rural development & agrarian reform, Nomakhosazana Meth, said the department had been delivering drought relief feed to affected farmers across the province.

“The next three weeks will signify a peak in the delivery of drought relief feed to the farmers right across the province,” Meth said.

On Thursday, Meth handed over 37 tons of Lucerne to farmers in Middeldrift.

In November, Meth announced that government had reworked its budget and made R74m available for drought relief in the province’s six districts.

“The allocated funding is being used to source 11,708 tons of feed,” she said.