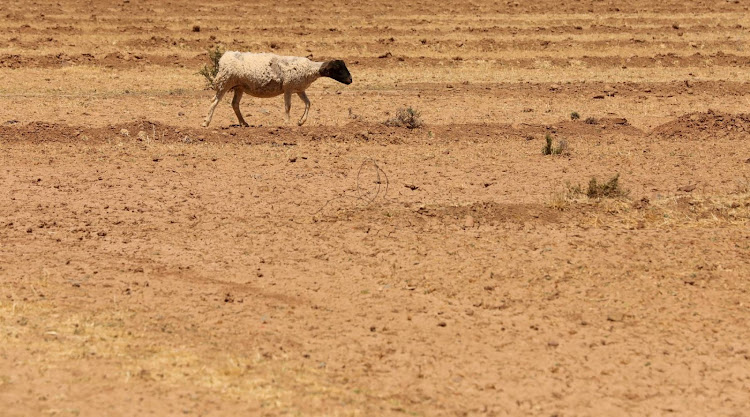 The Eastern Cape government has rejigged its budget and made R74m available for immediate drought relief in the province’s six districts.

MEC of rural development and agrarian reform Nomakhosazana Meth announced on Monday that more money was being sought from national government as about R643m was needed to help the areas crippled by the severe drought.

The recent declaration of the entire province as a drought disaster area makes it easier for the provincial government to reprioritize funds and apply for additional funding at a national level.

The department of rural development has approached both the provincial and national disaster management centres for assistance.

Meth said the projected financial losses  from livestock production was conservatively calculated to be R6.4bn.

"The extensive livestock areas are affected mostly by the drought of which 19% of grazing areas in the province accounting for some 5 600 jobs.

"Reports of job losses at this stage are minimal and do not enable a reliable estimate of any significance. Irrigated areas are less affected, and similarly, a measure of job losses from irrigated areas is not yet evident. This dry spell has affected the start of the summer ploughing season," she said.

Meanwhile, the R74m from Meth’s department will be used as follows:

The money is to be used largely for animal feed, though in some instances — where this is a dire need — to drill boreholes.

Farmers in need of immediate relief funding have until Friday November 15 to apply to the department of rural development & agrarian reform.

It would, in turn, evaluate and process the applications and submit them to the department’s head office.

A provincial management committee has also been established to manage the drought programme and hold stakeholder meetings every Friday.

The procurement process for the animal feed will begin shortly, with Meth’s department hoping to give an update on how many farms have been assisted by December 18.

Animal feed will be distributed at central delivery points and farmers will transport their feed from the various points.

This will be monitored by the committees.

The DA in the province has, meanwhile, called for a drought war room.

In a statement, DA MPL Retief Odendaal said: “We remain concerned that the province does not have a comprehensive drought plan that will enable us to deal swiftly and effectively with all drought-related disasters.

“All authorities need to be on high alert, to identify critical areas where intervention is needed, to tackle the drought head on.

“The Eastern Cape is seeing a significant number of towns and villages that are now at risk of running out of water, and it is imperative that the province be proactive in our response to this looming disaster.

“I have therefore written to Eastern Cape Premier, Oscar Mabuyane, calling for the establishment of a drought war room as a matter of urgency, so that critical drought interventions can be managed,” Odendaal said.

Odendaal said the war room would assist with: